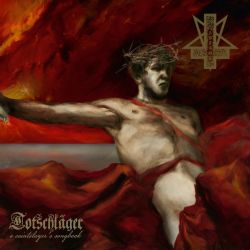 The return of Abigor to their organic form.

You can't talk about Austrian Black Metal without mentioning the name "ABIGOR"! This band is arguably one of the first pioneers of the more technical side of Black Metal that we have today. Their 90s albums are classics by all means, but after the late 90s, they started to be full-on experimental, and made some albums which can only be described as "Technical Black Metal"! I have to be honest, I didn't dig any of the post-"Channeling the Quintessence of Satan" albums. My listening experience for those albums can be described as traumatic! "Fractal Possession" was one of the worst pieces of dog crap I ever encountered. Just a wank fest with some Black Metal appeal.

However, the previous two albums felt more in the vein of old school Abigor. They were not great albums by any means, but I found them extremely refreshing after the technical dog shits! And with this album, I think they have successfully regressed to their 90s sound completely! (Finally!)

To kick off, there are lots of classical / orchestral interludes and preludes, which give the album a very ritualistic and mystic feeling. Even though there are lots of symphonic parts here, it doesn't feel like a symphonic Black Metal effort by any means. This incorporation of symphonic orchestrations are much more similar to earlier Abigor releases, like "Nachthymnen", instead of "In the Nightside Eclipse"!

As I mentioned earlier, this album takes it easy with the experimentations, but this doesn't mean that this is full-on chaos without any order! It has a fantastic, controlled explosion type of feeling to it. The structures of the songs are actually very similar to "Opus IV", or even "Supreme Immortal Art". The guitar sound and the drum sound are a bit lower in the mix compared to the previous two albums, but they are, as always, played with maximum precision and musicianship!

As for highlights, there are quite a few kickass songs here, but I have to pick the extremely catchy and old school riffage of "Tartaros Tides" (this song is shouting that Abigor is back bitchez!).

As for the vocals, Silenius never disappoints me. He has a fantastic epic story-telling way for his vocal approach (any Summoning album can be vouch for this statement!).

Overall, this album is Abigor's return to the organic form. I'm really happy that they are moving towards the right direction again. I'm not gonna say that this album is as badass as the classics, but it's the best thing since "Channeling the Quintessence of Satan", that's for sure!

No comments yet.
Leave a comment
for 'Abigor - Totschläger (A Saintslayer's Songbook)'