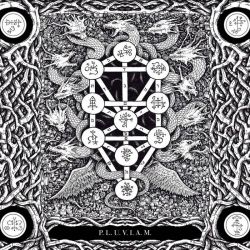 Submitted by TUBM
1 user has collected this album

Tehiru (Primordial Void) a good introduction with classical guitar, is a prelude to the kick in the face that means listening to the first full-length of Agrestia, Black Metal with the most basic and generic arrangements of the most cursed music within Heavy Metal, however is a perfect option for the ears of devotees of rustic Black Metal when it comes to going back to the roots and returning to the wonderful origins of Black Metal.

I define the Agrestia's sound as Rustic and Archaic Black Metal, away from digitized arrangements and electronic sounds, totally natural sound with a modest but decent sound engineering and away from any mediocrity, in 2018 when the first edition of this Compact Disk was released in Digipak format I was beginning to have a knowledge of the existence of the band by comments about their first work previously released in Tape format titled M.I.S.T, unfortunately for me it was a production of limited number of copies, at the time of the album's release to the national metal circulation, the first thing I did was buy the album, ohh what great satisfaction when your money is not an expense but rather an investment, when your money is not spent on garbage but on the highest art, underground Black Metal.

The entirely sour sound begins from the second track entitled "Umbral al Abismo", and it is when you begin to recognize the timbre of Alwar's voice (vocalist) and in addition to his timbre, his absolutely original and personal way of pronouncing the Spanish language, which it is the language in which the lyrics of half of the work were written. This second track starts with the generic 4/4 blasting drums and guitars in tremolo picking with harmonies of the classic Black Metal very common in the archaic Melodic Black Metal.

"Cataclysmic" continues with the same musical structure but with the addition of lyrics in the English language, I personally appreciated the particular way of accentuation and pronunciation by Alwar, in fact it is a totally acceptable pronunciation of the English language but without losing the essence of the Antioquia's Spanish language, with a supremely Latin consonants S's and R's.
"As above so below says the law of enlightment, towards unknown bonds. Burning wisdom lie nameless, upon sacred altars of elapsed souls… ", that way of writing is one of the most important characteristics that Agrestia shows in his first album, and track 3, "Out from Oblivion", is not a song that departs from that primordial character of this Colombian band.

I already enter more subjective territories when I write about "Fragmento del Caos", argghh what a masterpiece, musically but special mention deserves the lyric and writing in the Spanish language, totally correct the way to approach adjectives and metrics in writing lyric. In the world it is not a secret that the language mainly of Heavy Metal is in English and fortunately the bands began to break these schemes mainly in the 90s Black Metal, and if in Norway they write in Norwegian that prevents Latin America from writing in Spanish?

"Arquitecturas imposibles, valles yermos, bosques magnéticos perdiéndose en el alba..." translated as "Impossible architectures, barren valleys, magnetic forests fading into the dawn...", it is not difficult to fall into a Lovecraftian interpretation of this type of lyric, although most likely H.P. Lovecraft is only one of the authors that influence the lyrical theme of Agrestia, we could think of the classics and arcane John Milton or William Blake, in any case the lyrics of Agrestia do not seem to fall into the millennial ease of copying and pasting grimoire texts digital or traditional poetry, since the writing of the P.L.U.V.I.A.M is really original.

To finish I comment that this album has been reissued in 2021 in slipcase format and is still available for those who want to hear one of the best works of the Latin American underground. It would have been very helpful if the album had had a slightly longer length, for that reason I give it a score 90/100.