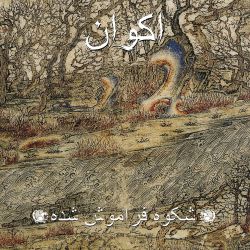 A tribute to a glorious past.

Iranian Black Metal never really caught on, which is a bit weird since most of the time oppressed nations create the most pure and angry Black Metal bands!

In the 90s and even 2000s, Iran was a very strict and religious country, so no one really could hear any of the classic Black Metal releases. It was only in the 2010s when something started to happen, thanks to a more accessible Internet.

However, even this didn't really change the musicianship. There are no proper studios that will allow this kind of music, since western music in Iran is banned, and even self-recorded demos are very difficult since the instruments like drums and guitars are very very expensive, and inaccessible. That's why on most Persian Black Metal releases you can't hear anything other than a very poor drum program (not even a physical drum machine).

Also, another problem with most bands is that they don't really make any original works. It's usually a very deficient copy of the Norwegian bands.

Akvan is probably the most interesting band to come out of Iran.

Yes, the drums and vocals are a bit underwhelming, but the riffs and melodies are incredible. Most songs are based on folk songs, or use folk instruments like the sitar. One can say that there are too many sitar parts, but those parts just add to the melancholy of the album.

The lyrical themes are usually based upon legendary tales from the mythical ages of Iran, going back to the times when Iran was the biggest dynasty in the world. Mostly, this album reminds me of Polish bands like Graveland or Helveto. There is the same type of slow, epic riffs.

There isn't a bad track here, but there are of course some highlights, such as "Realm ov Fire" or "Blood ov Zal". The only weaker song is probably "Fire and Steel", but it's still very enjoyable at some points.

In all, I highly recommend this to every one. A fantastic release! The best Persian Black Metal release by far.