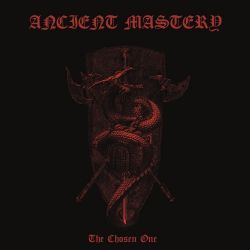 A raw version of Summoning.

Based on a recommendation, I had the pleasure (or displeasure!) of listening to this band's debut full-length (titled "Chapter One: Across the Mountains of the Drämmarskol") a while back. Unfortunately, it was a bit too "melodic" for my taste, and I didn't really enjoy it. Which is odd really, I expected to hear some

Anyway, when I acquired that album, I also downloaded this EP because of it's cover art (I know I'm really dumb when it comes to judging a book by its cover!), and today I've decided to listen to it before I delete it! But actually, this one really impressed me! Yeah, it's still not anything like Master's Hammer or has anything remotely "Epic Black Metal"-y about it, but I found the overall sound on this EP very unique and different than anything I've ever encountered.

The production is a bit more rotten and raw. The guitar riffs are much more memorable, and although the keyboards are still way too intrusive, they have a certain

Summoning vibe to them! The vocals are decent and the drumming is pretty neat.

The riffs are the main attraction here for me. Coupled with the raw, fuzzy production and the occasional Emperor-like keyboard layers, they create an immense atmosphere which does come close to being called "Epic"!

My favorite song here is the epic 9-minute long title track. The track starts with an incredibly fast and intense riff which is melodic and raw at the same time. There is a part between 5:00 and 7:00 which I'm not too sure about, it does sound a bit too similar to Summoning on this part, and the clean vocals almost remind me of Dream Theater! (Which is weird!)

Overall, a very impressive guitar sound and atmosphere. My only gripe is the overuse of keyboards at some points, which makes it a bit cheesy and Power Metal-y for me! Very much recommended.

2 Comments
for 'Ancient Mastery - The Chosen One'

Likewise, it was the cover art here that attracted me to this. One of the best illustrations and designs I've seen in recent memory, and the way the light catches the serpent's scales is sublime.

you couldn't have described it better! That Album cover is truly Jaw-dropping.

Leave a comment
for 'Ancient Mastery - The Chosen One'

Leave a comment
for 'Ancient Mastery - The Chosen One'