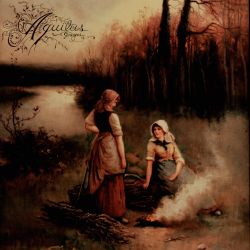 one of the best bands of all time \m/

One of the best atmospheric black metal albums of 2011! This needs to be given an official rating.