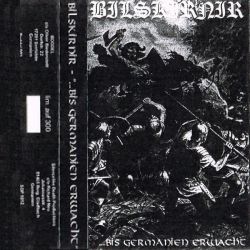 One more review is needed in order to make this album eligible for ranked awards
(Top 100 & Awards page).
75%

Early days of a great band to come!

As with the previous demo, I won't write a full review for this demo either.

Most of the songs here also have better versions later on, but if you like demos and raw albums in general, you might like to check some of them, such as the acoustic version of "Sonnenwende" which appears on the intro song, "Der Ravengott" (a very nice ambient BM song exclusive to this release) and "The Night's Fall II".

The Tormentor cover is less successful though, and the rest are, as I said, not as good as the other re-recordings. That said, there is nothing wrong with this, apart from the drums, which are a bit out of tune, it's not bad at all (especially for a demo).

All in all, not bad.

The production is not great but the songs ARE!