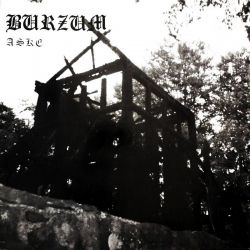 The angriest version of Varg?

I'm gonna go straight to the point: This EP is Fantastic!

People mostly remember this for its album cover and the controversies surrounding it, but boy oh boy, they should pay more attention to the music.

The first song is a fantastic mid-pace opener. It's one of the first examples of what later became Pagan Black Metal / NSBM. But guys, let's not beat around the bush here, THE VOCALS! Damn, those vocals.
Some people may point out that the vocals on "Filosofem" or "Hvis Lyset Tar Oss" were better, but were they as angry and hateful as these? I don't think so. This is the peak of Varg as a vocalist.

The second song is a fantastic, slow, doomy interlude song, which prepares you for a cold blizzard. And that blizzard's name is "A Lost Forgotten Sad Spirit"! This is a re-recorded version of the song from the first album, but this is way better in every conceivable way. The vocals on here are the best I've heard from the man! So angry and desperate. The instrumental performances are way tighter than the original too.

All in all, a very cold, grim classic. A must have.

A very important EP in the Story of Norsk BM, and also Arguably his best Vocal Performance.