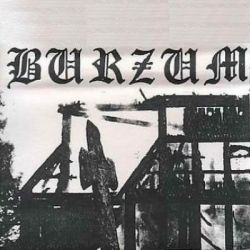 One more review is needed in order to make this album eligible for ranked awards
(Top 100 & Awards page).
69%

This demo is incredibly badly produced. It's very difficult to hear anything. There is a lot of hissing and clicking, but if you listen hard enough you can hear the potential of a legendary band to come!

According to Varg, this is the only actual demo he released, and the second was just a publicity stunt by Euronymous. The first two songs sound very blurry, and the feeling towards them is neutral. Don't hate it, don't like it either.

It's the third song that is very interesting indeed. Here we have a more primitive version of the song that ended up on the debut album. And you know what? It sounds more evil and cold. I wish there was a better quality of this available, but still, it's not bad at all.

Another Usual BM Demo; Only Audioble by Bats and Dogs. although i prefer this version of "Channeling..." to the Studio Version.