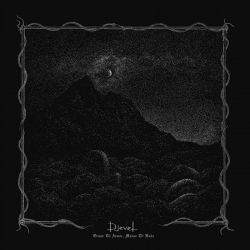 Ormer til Armer, Maane til Hode

Many people would believe that the Norwegian Black Metal scene died in the 90s, and that post-2000s Black Metal from Norway should be avoided at all costs! (I can agree with that for the most part!) But some bands like Djevel managed to break free from that curse.

The early outputs by this band were mostly copies of old school Taake, Kvist and Carpathian Forest. All this said, they were very great copies, but for the last few years this band is finding their own unique sound. Of course, there are still tons of similarities with early Taake, but I would say that this album showcases their Satyricon influence.

Anyway, the overall sound and production of the album is much rawer than the previous efforts, and you can say that this album owes much of its uniqueness to this production.

The riffs are incredibly melodic and atmospheric at the same time. The drumming by Faust here is one of his best performances ever, even though there are some tiny out-of-time moments, but the overall drum sound is fantastic.

As I mentioned earlier, this band is very much inspired by bands such as Taake. Even though it has a lot of raw melodies inspired by the Nattestid album, this album manages to be very dark and atmospheric compared to any Taake album (or indeed any Norwegian album from recent times!).

Although the performances are very tight, the problem of overlong songs is killing the magic at some points, especially on songs like "Ved Hildr's Haand for Hel" or "Den Gang Jeg Banket paa Helvedes Tunge Doer", however there are some songs, like the end track, which can be considered Epic instead of overlong!

All in all, the performances and the overall songwriting are very good, and refreshing, but I guess this needs a bit of acquired taste. I personally think it's a fantastic grim soundscape that needs to be listened to again!

0 Comments
for 'Djevel (NOR) - Ormer til Armer, Maane til Hode'

No comments yet.
Leave a comment
for 'Djevel (NOR) - Ormer til Armer, Maane til Hode'

Leave a comment
for 'Djevel (NOR) - Ormer til Armer, Maane til Hode'