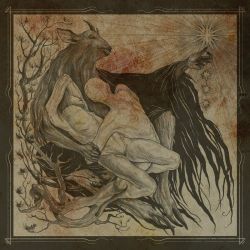 Fides Inversa's first album was a milestone in Black Metal history, although a forgotten and underrated one at that! The second album was a bit of a step down compared to the first, but it was still hugely enjoyable. I didn't really know that they had released an album in 2020, so naturally when I found out about it I wet my pants with excitement, and instantly got it and listened to it.

And boy oh boy, I'm glad I did! What a masterpiece. People always go on and on about Casus Luciferi by Watain, but I'm telling you, if you like that album, you should definitely listen to this by whatever means.

Even though I loved the previous efforts by this band, I found the guitar tone and the production a bit thin, but the production on this album is just bang on. Unlike the straight sound of the first album, there is a sweet amount of reverb here. The performances are very tight, and borderline perfect. The drumming is one of the most organic I've ever encountered.

The riffing mostly involves tremolo picking, but there are some sweet, doomier sections (like "Syzygy") and there is also a beautiful solo on the end of "Syzygy" which is one of the most soulful solos I've encountered recently. So beautiful and fitting.

Another cool aspect of this is the increased amount of experimental touches, which were quite absent from previous albums. This album almost sounds sophisticated! Some may even call this very similar to early Deathspell OmegA ut in my opinion, this album is much more balanced compared to them when it comes to complex harmonies and bass lines. It's not that primitive, and it's not that complex.

Also, it's notable that the bass lines on some songs are incredibly similar to NSBM bands. In fact, this band sometimes sounds like GBK (especially on first album, which had the exact same guitar tone!).

The vocals on this release are something to behold too. So grim and powerful.

As for the highlight, I can't really choose between "The Visit" and "Syzygy". They are both epic beyond words!

Overall, it's really hard to talk about this album from a technical perspective (mostly because I'm not a musician!), but all I can say is that, if you like the old school 90s Norwegian sound, or the more modern sounds like Watain / Deathspell Omega, you should definitely check this out. As a huge Watain fan, I have to say that this album manages to surpass their releases BY MILES!

No comments yet.
Leave a comment
for 'Fides Inversa - Historia Nocturna'