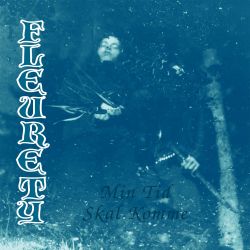 Experimental Black Metal at its finest

When people think of Avant-garde Black Metal bands, they usually think of bands such as Ved Buens Ende, Enslaved or In the Woods...

Fleurety is one of the forgotten names in this little scene, their latest output is incredibly cheesy and weird, but this album is a very beautifully produced album indeed. It should have been considered in the same vein as top shelf Norse Black Metal acts, but sadly, not very many people have heard this masterpiece! This album is very different from the well known, more established Black Metal acts from that time, and that makes it a damn good one in my book!

Some people may find the occasional female vocals or the cleaner sound of the album as something not true, but the reasons for these changes were not meant to make it a more accessible album to the mainstream (like Dimmu did in the 2000s). Some people might even call this a Post-Black Metal album, but I wouldn't to be honest! It's much more than that.

The beautiful female vocals work like haunting chants, instead of the regular Epica Symphonic/Gothic style. Unlike other experimental acts, where the drums become experimental and technical along with the rest of the instruments, here we experience a different approach. The drums stay relatively primitive, which is a very good thing indeed, because it lets us hear the great bass notes, guitar riffs and solos. Oh yes, solos! It's not that often that we hear melodic solos in this genre, but goddamn does this album have some fantastic solos, almost prog rock level solos (especially on the first track).

There isn't a weak track here, so let's just get over some small points; the highlight of the album must be the epic "Englers Piler Har Ingen Brodd" track. It changes the riffs in a very cool, progressive way, without becoming too repetitive (which is an achievement considering how long the song is!). "Fragmenter av en Fremtid" is a very great hook song in the same vein as "Mourning the Death of Aase" by In the Woods...

All in all, this is a majestic gem, and people should start to treat it like what it is; a timeless CLASSIC!

No comments yet.
Leave a comment
for 'Fleurety - Min Tid Skal Komme'