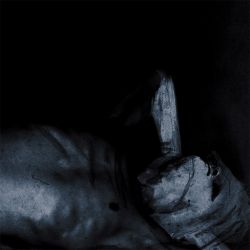 A promising debut, but also a spell cut short

Despite seeing the name Fluisteraars pop up frequently in the site's searches over the years, I had never managed to bring myself round to actually checking them out. There was evidently some kind of subconscious aversion going on, but I didn't give it much thought until recently, when, after talking with a friend on the subject of languages, we both arrived at the conclusion that Dutch, on the surface, isn't a particularly pretty language, at least not to our ears and eyes. So it seems that I was avoiding Fluisteraars simply because I didn't like how the name looked or sounded. Fair enough.

Anyway, "Dromers" is the band's debut full-length, although clocking in at 35 minutes in total, you would be forgiven for mistaking it for an EP. I'll come back to why the length matters later on.

The album starts of deceptively simple enough for the first few minutes, before more atmospheric elements are gradually introduced. One of the first things that caught my attention was the great use of repetition, which can be a very powerful tool in creating musical landscapes and is often neglected by many bands. The guitars have a nice chunky tone going on, and the drumming has a slightly raw feeling, with the snare ringing out prominently, in a good way. Overall the production is excellent, a perfect blend of thick polished distortion and medium-rare drums.

The vocals, however, I have mixed feelings about. They are a bit barky for my tastes, yet they are not overused, and in no way do they overextend their welcome. In fact, the vocals are sparse enough for one to assume that some careful planning has gone precisely into ensuring they are distributed in just the right amounts to keep things interesting, and this is exactly what they achieve. You are never 100% certain when they might appear next.

The other thing that caught my attention were the hints, intentional or otherwise, towards Drudkh and Burzum in some of the guitar riffs. Specifically, I was reminded of Drudkh's "Microcosmos" and Burzum's "Belus" on several occasions, and across different songs, so I can only assume that there is a conscious homage of sorts happening in that regard. I was also reminded in other parts of Lunar Aurora and even Sektemtum, but I reckon these last two were more thanks to my imagination rather than any intentional tribute.

Coming back to the length of the album, this is definitely the main and perhaps only deal breaker for me. "Dromers" is everything it sets out to be, an immersive, potent, prowling atmospheric (somewhat tame) beast, however, at only 35 minutes in length, the spell is broken all too soon, and I am left feeling like I was reading a book with some chapters missing. Perhaps, being their debut and all, they were not feeling confident enough to offer more material, or perhaps after being so immersed in the recording and production process they were unable to take a step back and realize that it might feel incomplete. Or maybe 35 minutes is perfectly fine and I'm just talking shit? You be the judge.

Ultimately, this is a strong debut, showcasing some great songwriting skills, slightly hindered by the short length that prevents their spell from taking complete effect. Recommended.

Imperator on 24th May, 2021
Head Admin - Lycanthropia.net - 2 reviews
"The human mind is much given to the thrilling exercise of leaping across chasms as if they were not there." - H. D. F. Kitto

An absolute masterpiece, made by some extremely brilliant musicians. All of the albums made by Fluisteraars are insanely good, but this one surpasses all the others. The ambiance, the riffs, the bass lines, the atmosphere, and the vocals that are almost whispers ("Fluisteraars" means "Whisperers" in Dutch) are awesome.

The first song, named "De Doornen", is the best of this album in my opinion. You have these riffs and these bass lines that are at their best in this song. I have honestly never heard anything like this before, and I don't think I'm gonna hear anything like this again in my life, that's why I give a score of 99% for this album.

On this album, it's Bob Mollema who does the vocals, Mink Koops plays the guitars and the drums, and Asher de Vries is the one who plays the bass. I really recommend this album to you if you like atmospheric and ambient things with good production. Hope you enjoy!

This album is a pure masterpiece. The song are progressive and your never tired of them. That's pure fucking good atmospheric black metal made by really brillant musician who really give their best in every song. In my opinion, this is clearly the best album made by fluisteraars and this album is in the top 3 of the best atmospheric black metal album.