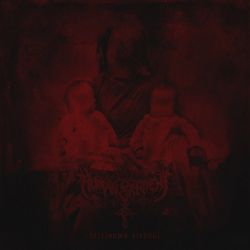 Meet the new boss same as the old boss!

After three badass releases back to back, Human Serpent released their forth full-length release earlier this year. Although they made some cool EPs and splits between these releases, I recommend you to stick to these four full-length releases only.

At first listen, this album sounds like a bit of a step down compared to the previous releases, but that said, I still find it extremely badass and top-shelf.

As I said on previous Human Serpent reviews, this band is unique mostly because of it's vast influences that one can hear from listening to them. Here is no different:

The song "Heirlooms Eternal" has a bit of French Black Metal feeling to it (or even a bit of Armagedda feeling). There are some songs like "A Thousand Limbos of Mind" (or even "Fuck Normality") which sound like old school Hellenic Black Metal bands like Varathron or NecromantiA ther songs like "Maze of Reminiscence" have a bit of 2000s Finnish Black Metal vibe to themselves. Also, the song "Memories Are Rooms of Pain" has a bit of a Deströyer 666 vibe to itself.

All that said, this album is also no different in the fact that with all these different resemblances, they still manage to make something original and unique indeed (which is a very difficult trick to pull!).

The only slight problem with this album is that they seem to be starting to experiment with stuff like keyboards and so on. They should just stick to their straightforward punch-in-the-face style!

Overall, another fantastic record from a very talented band. Not as great as the previous two albums, but still one of the best albums from 2021.

Report an error
on this page
▲ Return to top ▲
Page loaded
Loaded
in 0.33
seconds
s.