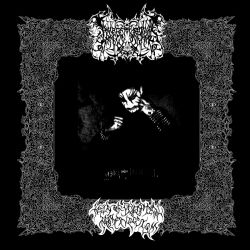 One more review is needed in order to make this album eligible for ranked awards
(Top 100 & Awards page).
97%

Lamp of Murmuur - Heir of Ecliptical Romanticism review by Warblackmetal666

Insane album from a band I never get tired of. This guy is extremely talented, and this album shows it perfectly.

The strongest point of this album is the guitar riffs. They are insanely good and effective. They are often thrashy, and that's a point that I love, because the fact of putting other types of riff than just the tremolo one note picking make the album less repetitive and more entertaining. My biggest example on this album for this point are the two first songs, "Of Infernal Passion and Aberrations" and "Bathing in Cascades of Caustic Hynotism". The riffs of these two songs are really influenced by thrash metal and they are AWESOME.

The second strongest point is the use of the organ. Again, "Of Infernal Passion and Aberrations" is a really good example of this, and I love the use of the organ in the eponymous song. It make the album again a lot better and a lot more entertaining. Another good point is the voice of "M". His voice is really dark and creepy, and I love it. This is one of my favorite voices in the raw Black Metal scene, my favorite being the voice of "S" from Revenant Marquis. The drums are pretty good too, "M" is also a pretty good drummer. The use of piano in the song "Gazing Towards the Hallways of a Peaceless Mind" which separates the second and the fourth tracks is also a point that I like. And the end of this album, it's indescribable. "The Stars Caress Me as My Flesh Becomes One With the Eternal Night" (Pretty long name, sounds like an Inquisition song name haha) is one of the best album finishers. Perfectly in harmony with the end of the previous song.

Honestly, this album doesn't really have a bad point, it's just really really good, one of my favorite of all time, and probably my favorite raw Black Metal album along with "Sang Nordique" by Akitsa, a really good band from my country, and "Youth in Ribbons" by Revenant Marquis. Thinking about it right now, this is the best raw Black Metal album ever made in my opinion. Fuck Akitsa and Revnant Marquis! I'm joking, but seriously, you have to listen to this album even if you don't like raw Black Metal normally.

To finish this review, I will just again tell you to listen to this album, it's a masterpiece made by a really brilliant musician. Enjoy!

0 Comments
for 'Lamp of Murmuur - Heir of Ecliptical Romanticism'

No comments yet.
Leave a comment
for 'Lamp of Murmuur - Heir of Ecliptical Romanticism'

Leave a comment
for 'Lamp of Murmuur - Heir of Ecliptical Romanticism'