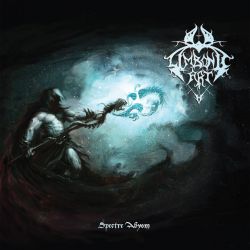 One more review is needed in order to make this album eligible for ranked awards
(Top 100 & Awards page).
68%

Do yourself a favor and avoid mediocre albums like this!

This band started as a very interesting Symphonic Black Metal band, but after some great albums, they started to ditch most of the symphonic elements, and went for a mediocre late-90s sound!

This album was released after a seven year gap, and even though it's a bit improved compared to the previous effort, it's still not very good. The songs are overlong and the riffs are mediocre at best! The only interesting song is probably the third track, but after a couple of minutes it started to become a repetition of a mediocre riff!

Hey! Older guys! Yeah you Limbonic Art! You made your point with your early albums! Whats the point of trying to "rock again"? The only reason we liked you was because you were different than your peers. Why become the 19th best mediocre Satyricon and Mayhem tribute band when you can be so much more unique?

It's albums like this that drives me mad, not the actual shitty albums! Safe albums like this, in which they stick to an already perfected formula, instead of something semi-original. AVOID!

PeaceThroughAnarchy on 13th May, 2021
Trusted User - Lycanthropia.net - 155 reviews
Bang That Head That Doesn't Bang to Sarcofago.

No comments yet.
Leave a comment
for 'Limbonic Art - Spectre Abysm'