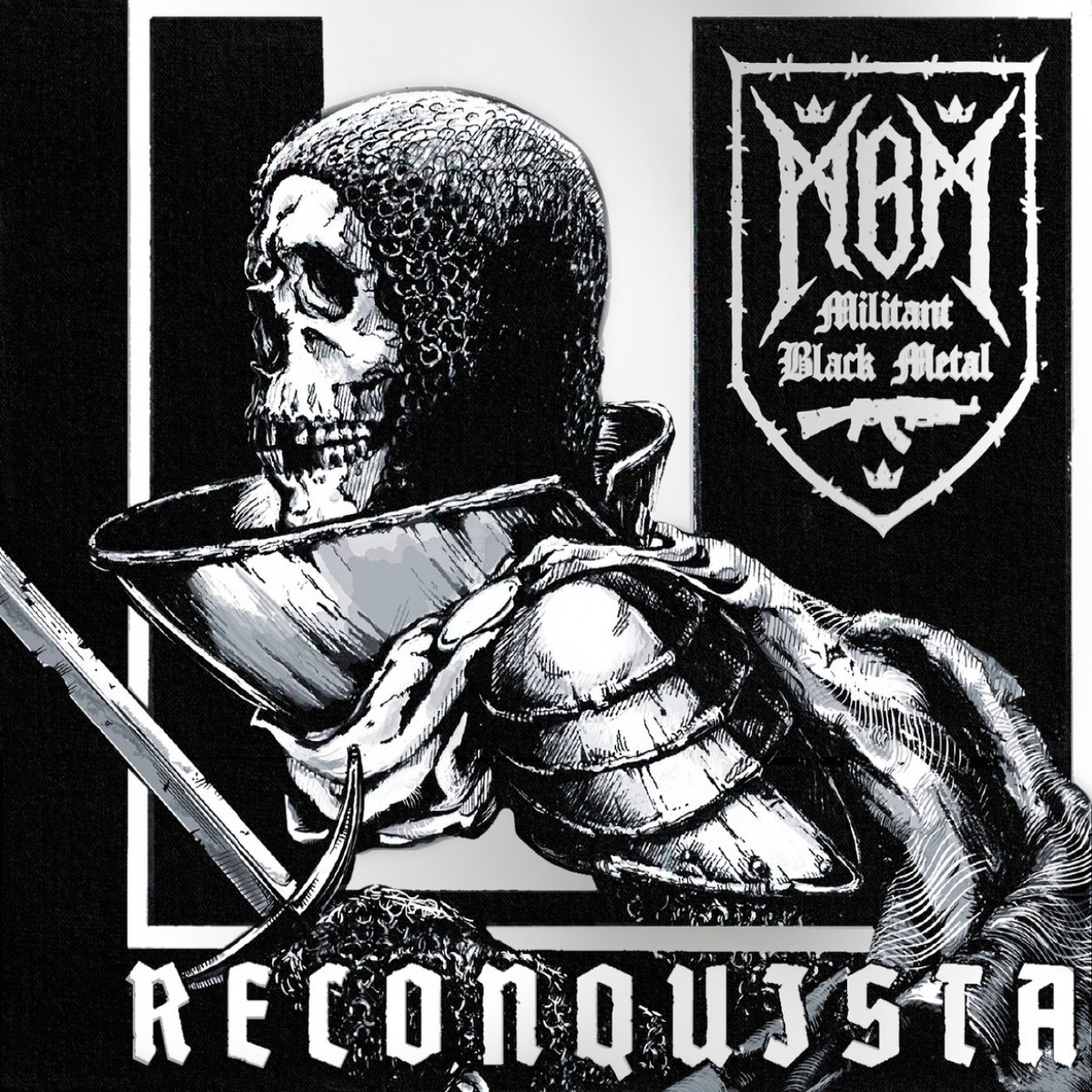 To begin this review need to say something before. M8L8TH is not a normal band as you probably know if you know them already. Yes, they are an NSBM band but not a normal one, they are really more deep and I even will say that they are a dangerous one.

They are not doing some insignificant and dumb thing like doing a nazi salute on stage or shitty thing like that, they are real right wing extremist. They promote violence and even extreme right terrorism. So, yeah I listen to this band and yeah they are AWESOME. But my opinion of NSBM is that it is ok to listen to it, but supporting it by buying their Merch is not, even more M8L8TH merch. I'm never gonna say something to a guy who have a Satanic Warmaster shirt because I mean the band is not clearly NSBM and they didn't do anything to anyone (Of what I know), but the vocalist of M8L8TH kill 3 people because they were not white and he support terrorist like Anders Behring Breivik, they are not a shitty fascist kid who think they are cool by wearing swastika no, these are extremist. So please, don't buy a shirt of this band. Listen to it, no problem but don't support them.

So, parenthesis done, let's talk about what we wanna talk here: Black metal.

Let's talk about the good point first and finish with the less fun part. The best point of this album is the ambiance. Just listen at the first song "Reconquista" we have a kind of military march in the back and some beautiful voice and a perfect drum beat for the moment, and after we hear a sword fight and again, some beautiful voice. After we lost a bit the ambiance in the second song but it doesn't mean that it become less good, contrary! The awesome riff of "I Know the Day Will Come" arrive and blast you. And the fuck top but awesome voice of Alexey too, kind of hysteric scream. He use a kind of really more natural scream that I completely love but also some really beautiful clean voice chorus. The voice is the second best point of this album. Honestly, Alexey have one of the best voice I have ever seen, clean and scream. He's able to did a kind of wolf scream too that I found really cool. Another good point (and you gonna say that I am naming all the point of a black metal album) but the drums are just fuck top. Rungvar is a really good drummer.

Now let's talk about the bad point. This album doesn't have a lot of weak point but one is the bass line. I really found it bad, Yurii is doing the same thing than the guitar most of the time but when he doesn't, I really found it weak and bad. Sometimes I feel like he's completely missing the note, like if it was not fitting with the rest. The other bad point is that at the end, I feel like Alexey, the vocalist, is abusing a bit of the hysteric scream that I was talking about before. I mean it's nice but at the end it become boring and it makes it become a bit repetitive. But one think that is making it being less repetitive is that they switch the language at a moment, they start with the album in Russian and use it in the 3/4 of the album but in some song at the end of the album they start to switch to the French, so it come save the fact of the repetitive vocal at the end.

To conclute this review, this is a really good album in my opinion but sadly make by some really bad people. The best song of this album are "Reconquista", "I Know the Day Will Come" and the awesome "Storm Above Azov", but honestly listen to the whole album or you gonna break the mood. Hope you enjoy and use your mind people, never become an extremist in any side, because all extreme are insignificant, no matter what is it about.