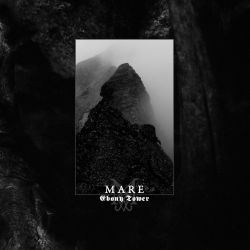 The debut full-length Mare album took a long time to be released. I can remember that back in 2015 various pages on Instagram talked about the completion of recording for this album, but it was actually released in 2018. I don't now what caused all the delay, but considering the fact that some older guys waited 10-11 years for this release, it's not a big deal!

Like many other 2010s Norweigan Black Metal revival bands, this band doesn't really try to progress or create a new sound. Instead (on this album at least), they seem to have tried to preserve the essence of what made the old school 90s Mayhem great.

In many ways, this album is a success in that case. The riffs are pretty much mid-paced all along, which has a bit of feeling reminiscing the "De Mysteriis Dom Sathanas" era of Mayhem. The production is very crispy and nicely done. The drumming is alright, but the biggest strength of this album must be it's heavy bass lines.

My favourite song from this album must be the incredible "Blood Across the Firmament". In general, the first two songs are very much successful in hypnotizing the listener with monotone riffage.

One little grudge is the length issue. Sure, the monotone and repetitive style works really well with this album's overall lyrical theme, and it gives a lot of atmosphere, but some of the more doomy moments fail to live up to that ideology (by the way, check the lyrics for this album if you can, they're really cool).

Overall, a very crisp album with tons of atmosphere and attitude, but a bit too repetitive at some points. Recommended? Oh yeah!

PeaceThroughAnarchy on 26th May, 2021
Trusted User - Lycanthropia.net - 160 reviews
Bang That Head That Doesn't Bang to Sarcofago.

No comments yet.
Leave a comment
for 'Mare - Ebony Tower'