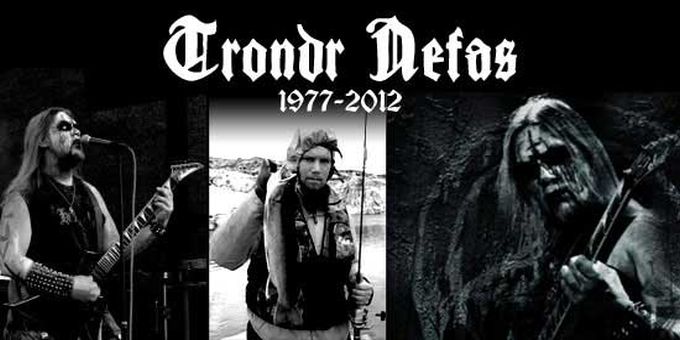 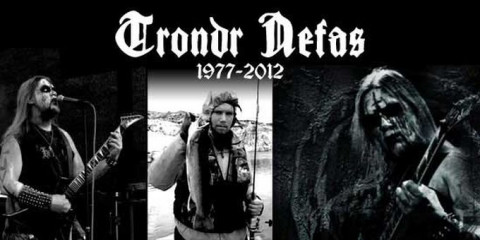 It has sadly been confirmed that Trond "Trondr Nefas" Bråthen, known by many as the singer, lead guitarist and co-founder of Norwegian Black Metal band Urgehal, passed away on the 12th of May from natural causes at the age of 34. Urgehal released an official statement on the 16th of May, mourning the loss of Trondr Nefas:

The greatest is gone. Trondr Nefas, our dearest friend and companion for more than 20 years, suddenly passed away last week. He died a peaceful and natural death at one of his favourite places, surrounded by woods and crystal lakes. Thanks for all the years with friendship, music and madness. For the good times and the bad times. Through your dark devotion for black metal, you have inspired so many. You were a true pioneer. We will miss you, but never forget you, because your legacy will live on.

Our deepest sympathy goes to Trond's fiancée Octavia, and both of their families. We appreciate all of the condolences and support given to us after his tragic death.


Urgehal was formed in 1992 by Trondr Nefas and Enzifer in Hønefoss, Norway, and have since recorded 6 full length albums and a multitude of demos, EPs, and split albums with other Norwegian Black Metal bands.

Trond Bråthen was an extremely talented and versatile musician who was also involved in a number of other music projects such as Angst Skvadron, Beastcraft and Kvist, to name a few, where his involvement ranged through being vocalist, guitarist, bassist and drummer.

A great loss for Black Metal and the music community in general.

Leave a comment
for 'Urgehal singer Trondr Nefas passes away'

Leave a comment
for 'Urgehal singer Trondr Nefas passes away'