Kings of black i: marduk & mayhem

Presenting a new series of articles where we will provide details for some of the most well known Black Metal bands, starting with Scandinavian legends Marduk & Mayhem. 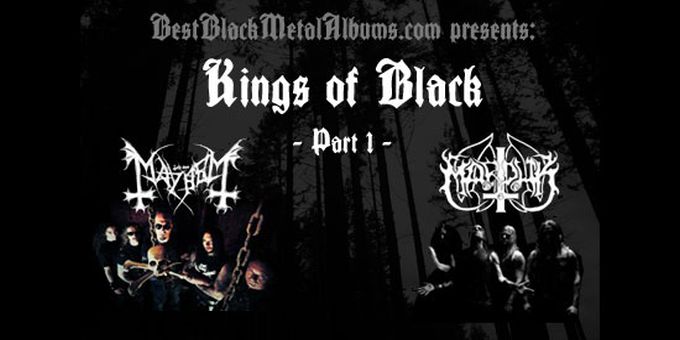 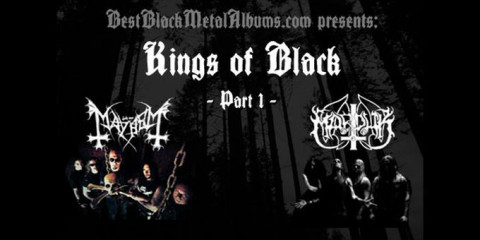 Today we proudly present what will be an extensive series of articles titled Kings of Black, presenting background information and detailed biographies for some of Black Metal's most prolific and well known bands.

We will start off by presenting two of Scandinavia's most influential and long lasting Black Metal bands: Mayhem from Norway, and Marduk from Sweden.

For Mayhem, being one of the most controversial Black Metal bands, we have focused slightly on resuming the well known albeit frequently exaggerated events surrounding the band during the early years of the Norwegian Black Metal movement, including the suicide of singer Per Yngve "Dead" Ohlin in 1991, and the murder of guitarist Øystein "Euronymous" Aarseth by fellow bass player Varg Vikernes in 1993, as well as details regarding the recording of "De Mysteriis Dom Sathanas", their legendary album released in 1994.

In contrast, for Marduk we have opted to focus more on their extensive discography which, with the recent release of their latest album "Serpent Sermon", reaches a grand total of 12 full length studio recordings, as well as 7 EPs, 2 live albums, 2 singles, 2 DVDs, 1 box set compilation and 1 demo, which they have recorded over the course of their 22 year history. During this time they have also performed an endless number of live shows in virtually every corner of the globe.

Be sure to keep an eye on our news section as we will soon release Part II of our Kings of Black series, with profiles of more legendary Black Metal bands. Stay tuned!