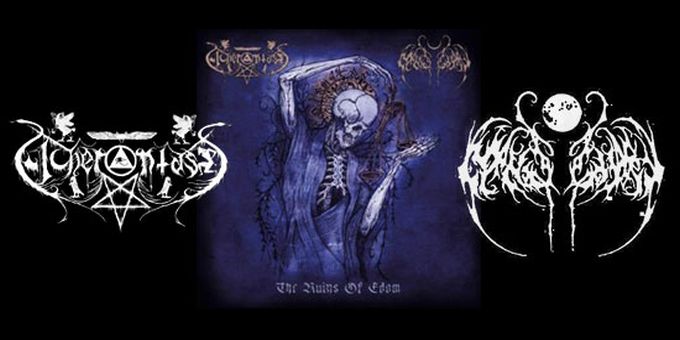 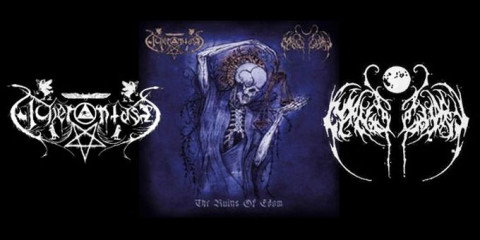 Nightbringer are a Black Metal band from Green Mountain Falls in Colorado, United States. They were formed in 1999 and since then have released three full length studio albums, several demos and a number of split albums in collaboration with other lesser known U.S. Black Metal bands such as Temple of Not, Bellum, Rhune and Serpentinam. Nightbringer's latest full length album was titled "Hierophany of the Open Grave", and was released in 2011.

Acherontas are a Greek Black Metal band that was formed in Athens in 2007 after the split up of the band Stutthof. They have released a total of three full length albums to date, with "Vamachara" being their latest studio recording from 2011. Also, Acherontas have previously collaborated on a total of three other split albums with the likes of Leviathan, Drowning the Light and Necromantia, in addition to releasing a compilation album in 2011 titled "15 Years Anniversary of Left Hand Path Esoterica".

You can already pre-order your copy of The Ruins of Edom on Amazon.com.

No comments yet.
Leave a comment
for 'New Nightbringer / Acherontas split'