German Black Metal band Eïs, formerly known as Geïst, are scheduled to release their upcoming album "Wetterkreuz" on the 28th of September. 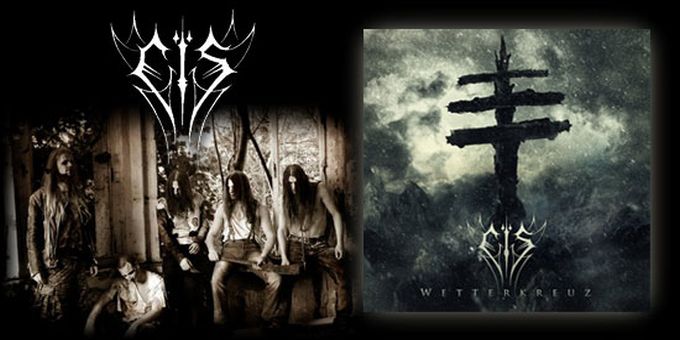 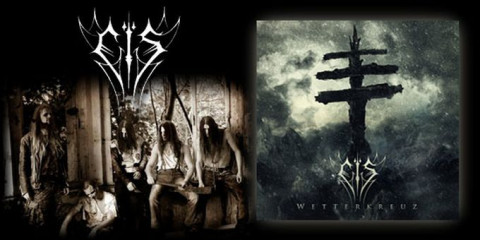 German Black Metal band Eïs are set to release "Wetterkreuz", their third full length album, on the 28th of September through German record label Prophecy Productions. Eïs originally formed in 2005 in Bielefeld, Germany, under the name Geïst, but were forced to change their name in March 2010 after a rock band called Geist from Cologne threatened them with lawsuits.

During their time as Geïst, the band released three full length albums. These were "Patina" in 2005, "Kainsmal" in 2006, and "Galeere" in 2009, as well as one EP titled "In den Werften der Galeere", also released in 2009. Upon changing their name to Eïs, the band re-released their first two albums, "Patina" and "Kainsmal", in 2011 through Prophecy productions featuring new guitar tracks and artwork, as well as including the original "Geïst" album as a bonus CD.

With this in mind, while Wetterkreuz will be their third album to be released under the Eïs name, it will actually be their first album to feature all-new material since 2009, something which fans of the band will have been looking forward to.

The track list for "Wetterkreuz", which is German for "Weather Cross", is as follows:

Stay tuned for more updates regarding the release of "Wetterkreuz".

wow I completely forgot about this band, this is great news!

cool, i'm definitely marking that one on my calenar :)

I have a feeling this will be magnificent.

Love the cover art too.

Leave a comment
for 'New Eïs album out 28th September'

Leave a comment
for 'New Eïs album out 28th September'