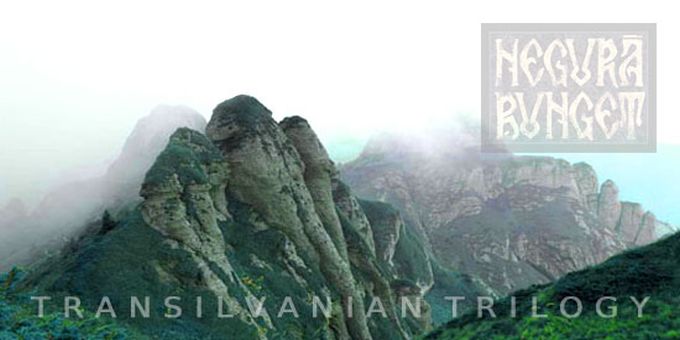 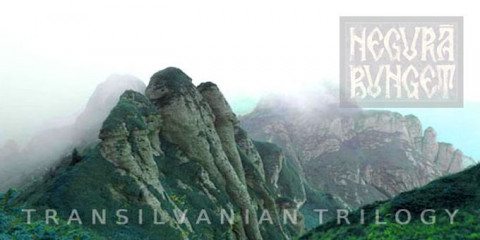 The work on the first part of the Transilvanian Trilogy, entitled Tău is progressing well. We started the pre-production for a while, and we plan to begin recordings in our very own Negura Music studio in September. Naturally we teamed up with long time friend and visual artist Dan Florin Spataru / Encoil Mark for the graphical presentation of the album. As Tău is the very first new full length material we are releasing with Prophecy Productions, you can expect some spectacular productions.

On the more complex visual side, the non-narrative movie is also progressing towards a spiritual interpretation of the Transilvanian nature, under the masterful supervision of our friend and multimedia artist Daniel Dorobantu.

Finally, for the audio parts we are happy to announce we will team up with Mr. Mihai Neagoe / Mtz for the recording and mixing of the album. After working for years along us and other bands on tours and festivals and completing his master degree on Music and Media Technologies at Trinity College in Dublin / Ireland, he now joins us and Negura Music studios full time.


Negură Bunget originally formed under the name Wiccan Rede in 1994 in Timişoara, Romania, but only released one demo in 1995 before they changed their name to Negură Bunget.

Since then, Negură Bunget has become one of the most recognized and revered Pagan Black Metal bands in the world, with many of their albums receiving critical acclaim and ranking among the very best Pagan Black Metal has to offer, with their distinct traditional Romanian touch. One of their most outstanding works is their 2006 masterpiece titled Om", which currently stands as the 6th best Black Metal album of all time on our Top 100 Black Metal Albums list at the time of writing this.

Unfortunately, after some disagreements between the band's core members, Edmond "Hupogrammos" Karban and Cristian "Sol Faur" Popescu left Negură Bunget in 2009 and founded their own musical project named Dordeduh, while Gabriel "Negru" Mafa continued Negură Bunget with a new line-up. This has been met with some degree of controversy as it was allegedly agreed early on that the Negură Bunget project would be put to rest after the core band members parted ways.

With the new line-up, Negură Bunget have so far released one full length album, titled "Vîrstele Pămîntului", in 2010, and an EP titled "Poartă De Dincolo" in 2011. Back in July, the band first announced their plans for the "Transilvanian Trilogy":

Negură Bunget is ready to announce the next major step that will shape the evolution of the band in the following years. After the Vîrstele Pămîntului album, which got some amazing response from audience and media, we fell it is our purpose to take everything to an even higher level. With this in mind, our next project is a musical and visual trilogy centered around the Transilvanian lands.

It is both our personal and band destiny to undertake this exploration and presentation of the things that inspired us since the very beginning. Everybody can rest assure, we are not here to perpetuate the typical stereotypes, but rather unveil the unknown treasures the Transilvanian lands are so rich in. Be prepared to discover a whole new dimension of what these lands are all about.

The first part of the trilogy, entitled Tău will unveil the natural landscapes, by exploring 9 unique natural places, with their mystique, atmosphere, legends and meanings. The second part will explore the human components, the traditions and practices, the connection with the nature, the way this relation shaped the spiritual horizon of the local inhabitants. The last part will focus on the spiritual elements, the values that defined and made these lands immortal.


Stay tuned for further updates regarding the release of "Tău", and make sure you check out their Om and Vîrstele Pămîntului albums if you haven't already.

Audiovisual eh? Any other band, I would have dismissed this as pretentious, but Negura Bunget might actually create something worth buying.

Cannot wait. Love everything negura bunget have done until now, I can't see them failing on this one either.