Belgian Black Metal veterans Enthroned have just announced the details regarding their upcoming tour of Europe. 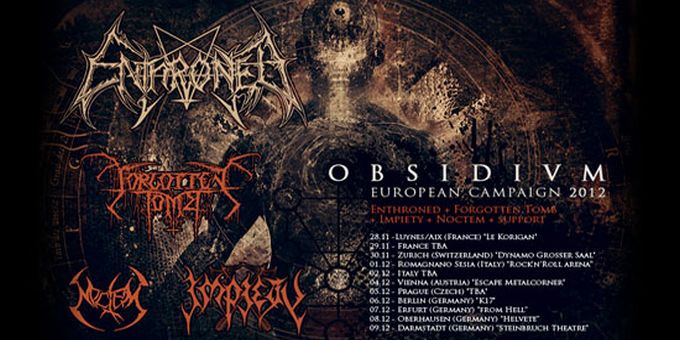 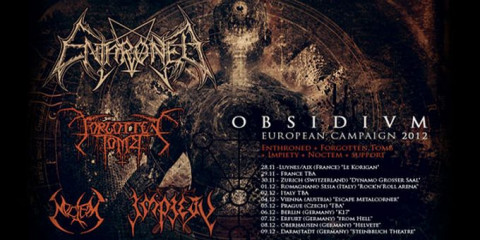 Belgian Black Metal band Enthroned have recently revealed the details regarding their upcoming headlining tour of Europe in November and December. The tour is being organized by Flaming Arts Agency and is titled "Obsidivm European Campaign" in reference to their latest full length album, "Obsidian", released in March 2012.

The other bands that will be joining Enthroned on their tour of Europe are Italians Forgotten Tomb, who will no doubt be presenting material from their upcoming album, as well as Spanish Blackened Death Metal band Noctem and one of Asia's finest Black / Death bands, Impiety, from Singapore.

The dates confirmed so far are the following:

Enslaved - Obsidium is available on Amazon.com.

YES can't wait for them to come to italy :D i own all their album