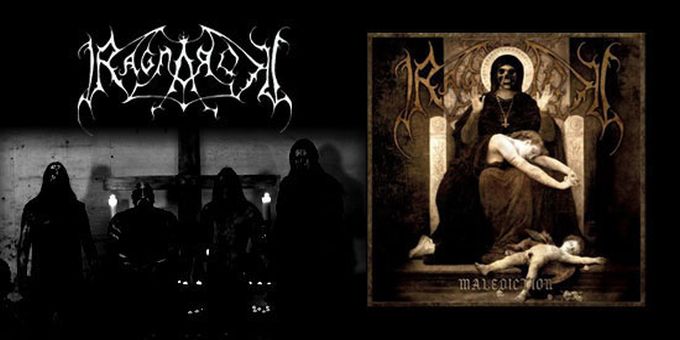 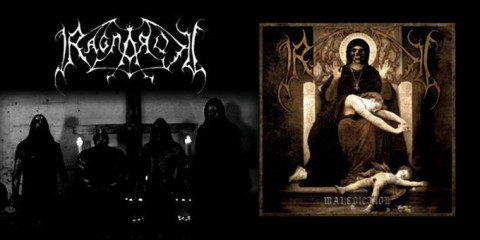 Norwegian Black Metal veterans Ragnarok have finally released their latest full length album, titled "Malediction". The new album will mark the band's seventh full length release, and the first to be released through Polish label Agonia Records after parting ways with Regain Records who had handled the band's three previous albums. The North American release date is set for the 6th of November.

The full track list for "Malediction" is as follows:

"Malediction" was recorded, mixed and mastered at the famous Endarker Studios in Sweden, owned by Magnus "Devo" Andersson of Marduk fame. Leading up to album's release, Agonia Records made the songs "Blood of Saints" and "Sword of Damocles" available for streaming online via their Soundcloud profile, although now only the track "Blood of Saints" remains available:


Ragnarok was formed in 1994 in Sarpsborg, Norway by John Thomas "Jontho" Bratland and Tom "Jerv" Richardsen, taking the band's name from the prophesied last battle in Old Norse mythology between the Norse gods and the giants at the end of the world.

Since then Ragnarok have gradually become one of Norway's most prestigious Black Metal bands, having released consistently good albums time after time, and counting with the participation of many talented musicians in their line-up over the years, including Ørjan "Hoest" Stedjeberg of Taake fame who was the band's vocalist between 2002 and 2007.

2 Comments
for 'Ragnarok - Malediction out now'

just ordered it, can't wait for it to arrive!!