Finnish Black Metal band Impaled Nazarene are scheduled to release a DVD today, featuring their 20th anniversary show from 2010 as well as their performance at the 2012 Steelfest Festival. 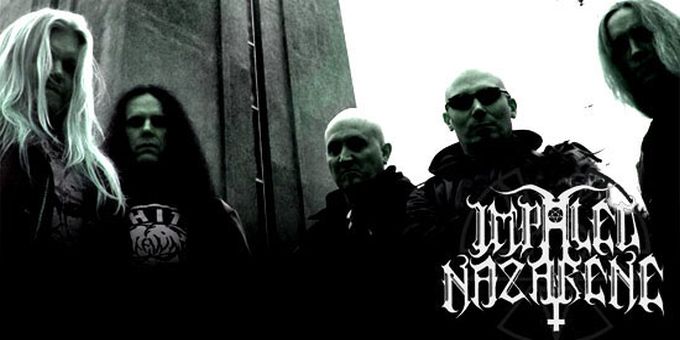 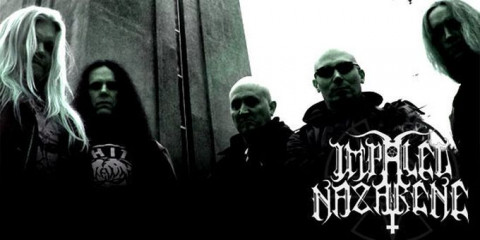 Finnish Black Metal veterans Impaled Nazarene have just released their double DVD featuring professional recordings of their 20th Anniversary Show that was played at Henry's Pub in Helsinki, Finland on the 20th of November 2010, and also their live performance at the Steelfest Festival at Hyvinkää, Finland on the 18th of May 2012.

Their 20th Anniversary performance from 2010 coincided with the release of their 11th full length album, titled "Road to the Octagon". The double DVD is simply titled "1990 - 2012", and features the following track lists:

The DVD also features a booklet with extensive song information and photos. According to the band's official Facebook profile, they will be performing several concerts in Finland to celebrate the release of the DVD. These are the concerts confirmed so far:

Impaled Nazarene were formed in 1990 in Oulu, in Northern Finland by brothers Mika Luttinen and Kimmo Luttinen, and were one of the pioneering bands of Finnish Black Metal, with their first three releases, "Tol Cormpt Norz Norz Norz", "Ugra-Karma" and "Suomi Finland Perkele" becoming cornerstones of the scene. Their style differs slightly from other Finnish Black Metal bands by incorporating elements of Grindcore and Punk music, giving way to shorter and generally more intense songs.

The DVD is available for purchase at the official Osmose Productions Online Shop with a price of 12,50 €.

good news, their shows are always a blast, i hope this dvd does them justice