Norwegian Progressive / Viking Black Metal legends Enslaved have revealed details regarding their upcoming tour of North America which they will be performing along with Pallbearer and Ancient Wisdom. 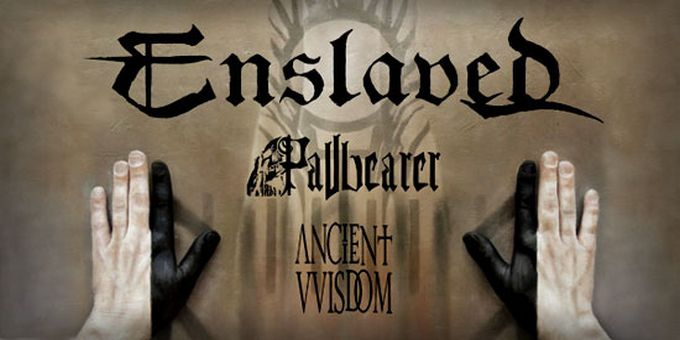 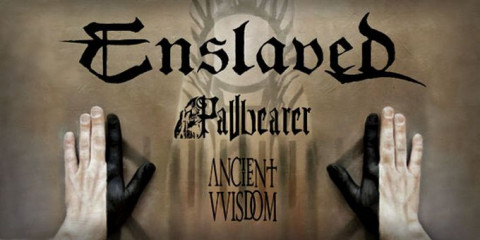 Norwegian Progressive / Viking Black Metal band Enslaved, after recently releasing their twelfth full length album, "RIITIIR", will soon be setting off on a tour of North America, the details for which have been revealed on the band's official Facebook profile.

Joining Enslaved will be U.S. Doom Metal band Pallbearer and rock band Ancient VVisdom (not to be confused with the Swedish Black Metal band of the same name). The 20-show tour will be spread across the U.S. and Canada, beginning on the 30th of January in Philadelphia. The complete list of confirmed shows is as follows:

Ivar Bjørnson, one of Enslaved's guitarists and founding members, commented on the upcoming tour:

North America has become like a second home-shore to us; the rising support we've been getting for the last albums and tours has been amazing! We're more than ready to come over again and play our new album Riitiir live to show that the new material is extremely well-fitted for a live setting, and to reflect the enthusiasm and dedication we've been getting from the fans over there! See you on the road!


In addition to the tour, Enslaved are also scheduled to perform at Scion A/V's Roadburn Records showcase on Saturday, November 10th, 2012 at The Roxy in West Hollywood, as well as appearing at the Barge to Hell festival in December.

No comments yet.
Leave a comment
for 'Enslaved reveal NA tour details'