French Black Metal band Hell Militia have made the song "Jonah" available for streaming online, leading up to the release of their next album, titled "Jacob's Ladder". 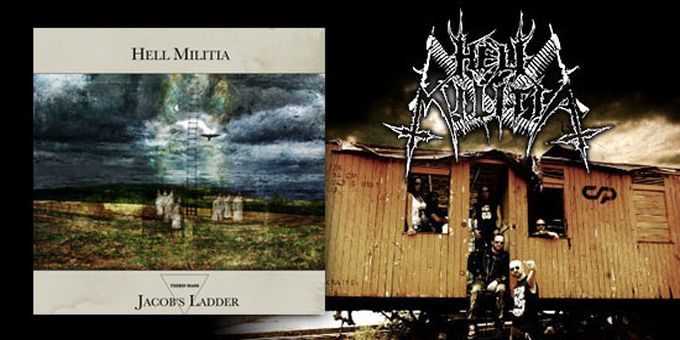 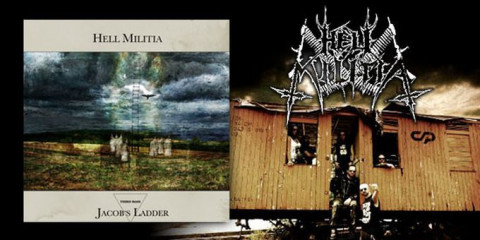 French Black Metal band Hell Militia will soon be releasing their next album, titled "Jacob's Ladder", on the 16th of November through French label Season of Mist after signing a deal with them earlier this year. Leading up to the album's release, the band has made the song "Jonah" available for streaming.

According to Season of Mist, Jacob's Ladder features a more dissonant sound and complex style of Black Metal in comparison to their previous works, bearing similarities to Deathspell Omega and Blut Aus Nord. A change in visual style is also apparent on the new album's cover art.

Hell Militia formed in Paris, France in 2001, and features musicians that also play in many other bands within the French Black Metal scene such as Vorkreist, Temple of Baal and Arkhon Infaustus. Perhaps the most notable member of Hell Militia is vocalist William "Meyhna'ch" Roussel of Mütiilation fame.

No comments yet.
Leave a comment
for 'New Hell Militia song online'