An exclusive box set featuring all four of Watain's full length albums on vinyl and limited to 1,000 copies is due to be made available today through Season of Mist. 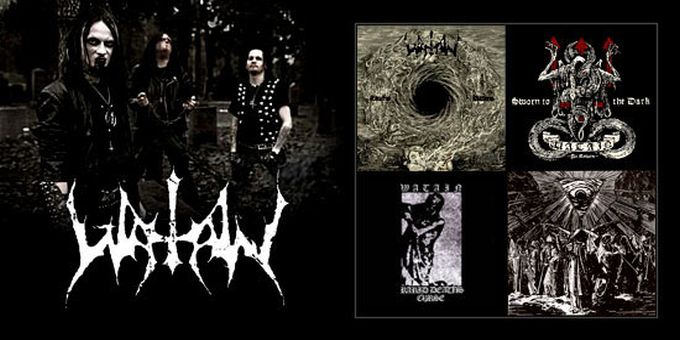 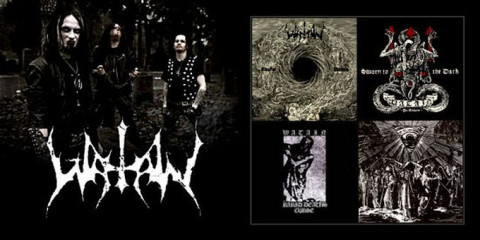 Fans of Swedish Black Metal band Watain will be pleased hear that Season of Mist has today made available a limited edition box set featuring each of the band's four full length albums on vinyl, with three of the albums including an exclusive bonus track in addition to the usual banners, patches, and other extensive merchandise that is normally included in box sets.

Also worth noting, the vinyl reissues will come in different colours compared to the original vinyl releases of the albums, and the box itself is made of beech wood and leather, with the band's logo imprinted.

The track lists for the four vinyl reissues of Watain's albums are as follows:

Watain formed in 1998 in Uppsala, Sweden, taking their name from a song by U.S. Black Metal band Von. They have become one of the world's most successful Black Metal bands in recent years, consistently releasing decent music and touring extensively around the globe between releases. Their second album, "Casus Luciferi", released in 2003, remains their most critically acclaimed album to date, and in our eyes one of the best Black Metal albums ever recorded, currently ranking at position #45 on our list of the Top 100 Black Metal albums at the time of writing this.

The band's members are relatively unknown, with the exception of bassist and vocalist Erik Danielsson, who has played and/or toured with the likes of Dissection, Shining, Armagedda, Necrophobic and Root, to name a few, as well as creating cover art and logos for countless bands.

The box set, which is limited to 1,000 copies, can now be ordered from the Official Season of Mist Online Store, with a current price of 109.00 €, and will either be shipped from France or from the USA depending of the delivery address.

No comments yet.
Leave a comment
for 'Watain vinyl box set out now'

Leave a comment
for 'Watain vinyl box set out now'