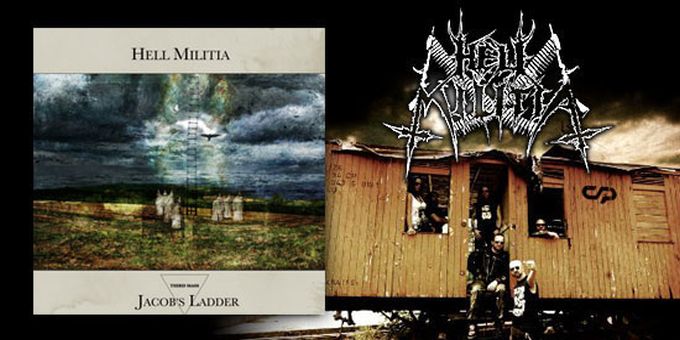 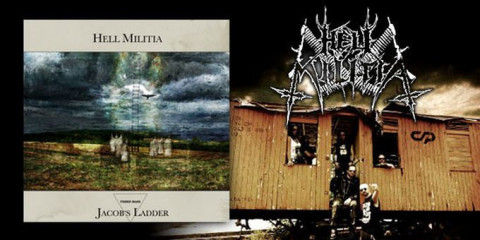 French Black Metal band Hell Militia are due to release their latest full length album today through French label Season of Mist after recently signing a deal with them earlier this year. The new album is titled "Jacob's Ladder", and the complete track list is the following:

According to Season of Mist, "Jacob's Ladder" features a more dissonant sound and complex style of Black Metal in comparison to their previous works, bearing similarities to Deathspell Omega and Blut Aus Nord. A change in visual style is also apparent on the new album's cover art. Hopefully the album will live up to the hype, because in our honest opinion their first two albums, "Canonisation of the Foul Spirit" and "Last Station on the Road to Death", were a bit boring side of things.

Hell Militia formed in Paris, France in 2001, and features musicians that also play in well known bands within the French Black Metal scene such as Vorkreist, Temple of Baal, Arkhon Infaustus and Mütiilation.

No comments yet.
Leave a comment
for 'New Hell Militia album out now'

Leave a comment
for 'New Hell Militia album out now'