Norwegian Black Metal band Vreid have made one of the songs from their upcoming album available for streaming online. 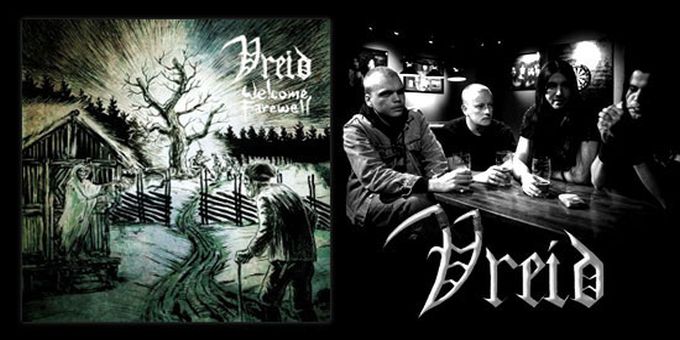 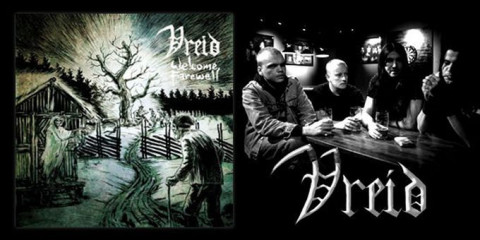 Norwegian Black Metal band Vreid will soon be releasing their upcoming full length album, titled "Welcome Farewell", through Indie Recordings next month, but for now the band has made the song "Way of the Serpent" available for streaming online exclusively at the Norwegian Pyro webzine.

Click here to listen to "The Way of the Serpent".

Back in November the band made another song, "The Reap", available for streaming online exclusively at Terrorizer Magazine.

The complete track list for Welcome Farewell is as follows:

In october one of the band's founding members, Jarle "Hváll" Kvåle, released a studio report with some insight into the new album:

We have released 3 albums on Indie Recordings, and it has worked out tremendously. The band and label have grown together over these years, and we are very satisfied that we have now re-signed a new deal with Indie Recordings.

2 years after we started writing new riffs, our new beast is now complete. It's been a lot of work, but we are utterly pleased with the result. Dark, heavy and Vreid are the 3 keywords to describe it. The artwork takes us in a new direction this time, and is done by the wizard Kim Holm. His work is spectacular and he has captured the music and lyrics beyond words. In February the new album will see the light of day, and we can't wait to unleash it, and come out and play for you again.


Here is the studio report video:


Vreid can trace their origins back to the legendary Norwegian Black Metal band Windir. After a career spanning a decade with four brilliant albums under their belts, the band's creator Terje "Valfar" Bakken sadly died from hypothermia after getting caught in a snow storm while walking in the Sogndal Valley. The band released a compilation album and played one final show in Valfar's memory before putting Windir to rest. Three bands were formed out of the ashes of Windir: Mistur, Cor Scorpii and Vreid.

Vreid - Welcome Farewell is now available for pre-order on Amazon.com, while previous albums by both Vreid and Windir are widely available for order. The release date for the new album is scheduled for the 22nd of February in Norway, Germany, Sweden and Austria, with a 26th of February release set for the rest of Europe. The North American release date is scheduled for the 5th of March. Stay tuned for further updates.

0 Comments
for 'Another Vreid song online'

No comments yet.
Leave a comment
for 'Another Vreid song online'