Protest against antestor in brazil 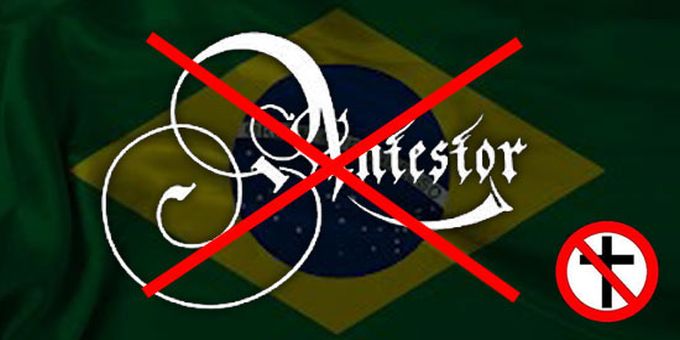 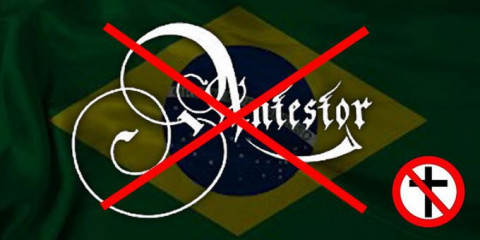 The folks at www.warmetalbr.com recently informed us that some weeks ago Norwegian band Antestor decided to perform at a venue in the city of Belo Horizonte in Brazil, a city with a large metal community where many legendary Brazilian metal bands such as Sarcófago, Sepultura and Mutilator have originated, and dubbed by some as the Brazilian Capital of Metal.

Apparently, although many people had been voicing their strong opposition across social networks towards Antestor's decision to perform in Brazil due to the band's pro-Christian stance, including numerous death threats, the band decided to go ahead with the tour regardless and went on to perform at various cities across Brazil without hindrance.

This all changed when the band arrived at Belo Horizonte, as approximately 50 protesters positioned themselves at the entrance to the venue and expressed aggression not only towards the band but also towards the band's supporters. Both the band and the audience had to be escorted out of the concert hall by police, who fired shots in the air to disperse the protesters. The band claims that the protesters "kicked them and spat at them", and that the police "saved their lives".


Hopefully none of the protesters actually intended to inflict serious physical harm or even kill anyone... because that's just plain retarded.

3 Comments
for 'Protest against Antestor in Brazil'

And just when I thought the black metal community couldn't repulse me any more.
I love black metal, and not just the Christian bands. I do draw my lines at anti-Christianity though, the reason being because it's never about constructive religious criticism, just that "kill the Christians" bs. This just proves how the lyrics to those kind of songs aren't just lyrics, they're a way of life.
Morons!

Leave a comment
for 'Protest against Antestor in Brazil'

Leave a comment
for 'Protest against Antestor in Brazil'