The organizers of Hellfest, one of France's largest annual metal festivals, have confirmed the remaining bands that will attend this year's edition which is to be held between the 21st and 23rd of June. 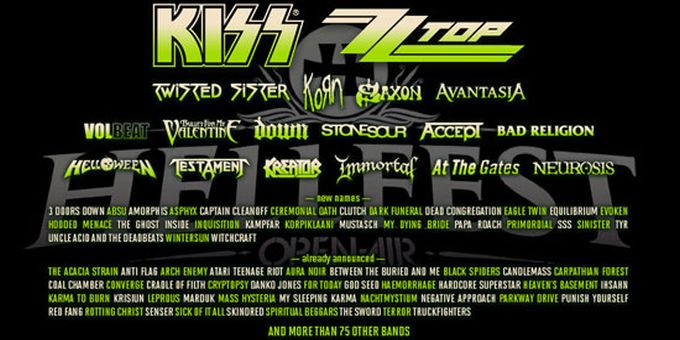 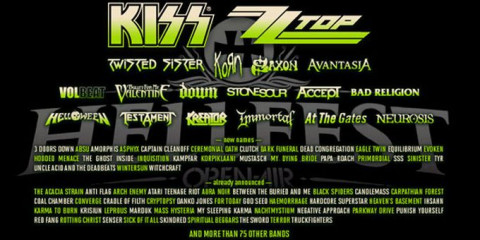 Hellfest is one of France's largest metal festivals, if not the largest, and it is held annually in the middle of summer in Clisson, a town near the city of Nantes. The organizers have recently announced the remaining 62 bands for this year's edition, bringing the number of bands announced to date to a total of 145.

So far, here are the notable Black Metal related bands that will be performing at Hellfest 2013:

That's a rather impressive selection of Black Metal bands, and the fact alone that Aura Noir, Immortal and Inquisition are performing already make it worthwhile. Of course, as is always the case, there are plenty of crap bands too, but the festival is divided into several stages, with each stage dedicated to a certain style of metal. Various Folk Metal bands such as Finntroll, Korpiklaani, Stille Volk, Týr and Equilibrium will be sharing the same stage as the Black Metal bands.

Other notable bands in attendance are headliners Kiss, ZZ-Top, Accept, Twisted Sister and Whitesnake, as well as a few other Heavy Metal veterans such as Saxon and Helloween, some Death Metal legends such as Hypocrisy and At the Gates, and also Thrash Metal pioneers Testament, Voivod and Kreator.

This year's edition of Hellfest will be taking place from the 21st to the 23rd of June, with the 3-day pass currently worth 160 € which includes booking fees and camping, while the price of the 1-day pass has yet to be confirmed.

If you avoid all the faggotry like bullet for my vallentine and all that shit, this is a pretty decent lineup