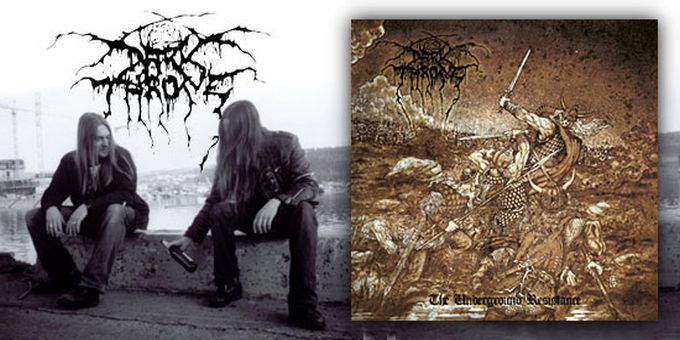 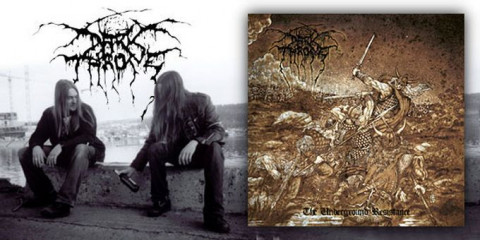 Darkthrone, one of the pioneering bands of Norwegian Black Metal, have finally released "The Underground Resistance", their latest full length album and without a doubt one of the most anticipated releases of the year. At least for me, anyway. I wouldn't be telling the truth if I said that I gave a single fuck about what anyone else thinks about the album, as more than half of the "opinions" floating around on the conveniently anonymous internet are nothing more than teenage bedroom warriors, driven by that classic teenage desire to be popular, jumping on the Let's-Hate-Darkthrone bandwagon.

Where was I? Ah, the news... "The Underground Resistance" was released on schedule on the 25th of February through veteran British label Peaceville Records, and will be the band's 16th full length studio recording, following 2010's, "Circle the Wagons".

Leading up to the album's release, Peaceville Records made the preview for "Leave No Cross Unturned" available for streaming online at their Soundcloud profile:


The complete track list for "The Underground Resistance" is as follows:

Clocking in at 13:49, "Leave No Cross Unturned" is one of the longest songs Darkthrone have ever recorded, and together with the reduced number of tracks in comparison to previous albums, everything points towards yet another minor shift in the band's constantly evolving approach to the genre, which can only be described as a homemade brew of Black Metal, Thrash Metal, Heavy Metal and Crust Punk. Some weeks ago the label published a few words regarding the musical approach that Fenriz and Nocturno Culto have taken on this occasion:

'The Underground Resistance' is Darkthrone's latest venture through the metal cosmos, & first new album since the 2010 opus 'Circle the Wagons'. A continuation of the free-spirited metallic lands the duo of Fenriz & Nocturno Culto have been roaming for a long time, 'The Underground Resistance' contains Darkthrone's trademark masterful riffing in a broad range of styles, effortlessly bounding through the annals of classic metal, taking in thrash, speed & black metal, & not forgetting a dose of Punk. All in all a ferocious & dynamic set of tracks drenched in Fenriz's & Nocturno's rich & diverse tastes in all things metal, primarily those rooted firmly in the spirit of the 80's. 6 tracks long, & every one an epic in itself, this is undoubtedly Darkthrone's strongest outing of late.

'The Underground Resistance' was written & recorded spring 2010 to summer 2012 at Necrohell 2 studios by the band themselves. The album was mastered by Jack Control at Enormous Door, Texas USA. Cover artwork also comes courtesy of the iconic & celebrated artist Jim Fitzpatrick.


Fenriz briefly described how he and Nocturno Culto have once again shared all composition and instrumentation duties:

3 songs each, Ted's are flown from the universe of metal with his strongest voice ever so far. Songs of mine are torn from the wombs of the riders of rohan of metal; safely cradled in 1985 style.


The cover art was designed by famous Irish artist Jim Fitzpatrick, known primarily for his iconic two-tone portrait of Che Guevara, although his real area of expertise is Celtic art: 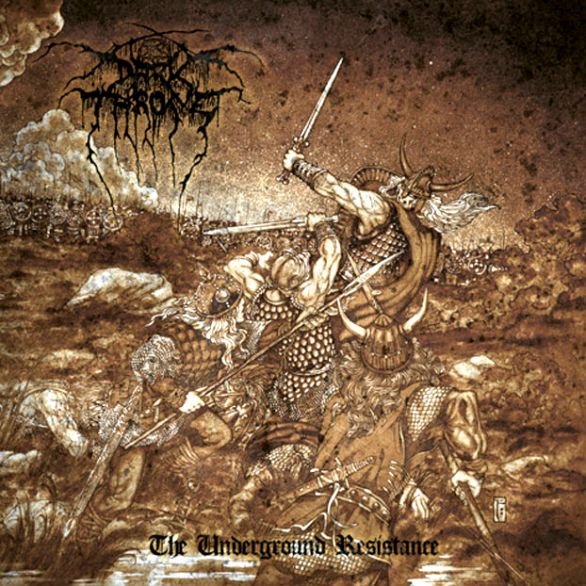 Darkthrone - The Underground Resistance is now available on Amazon.com.

it's great :D really good. glad to see them back on track

Leave a comment
for 'New Darkthrone album out now'

Leave a comment
for 'New Darkthrone album out now'