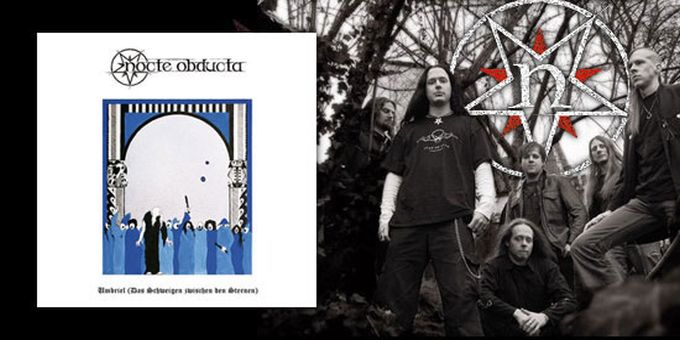 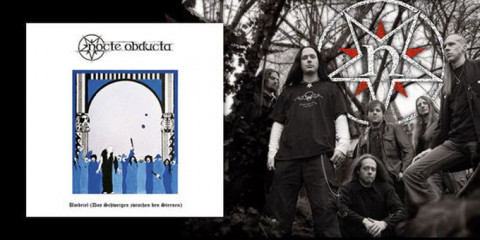 German Avant-Garde Black Metal band Nocte Obducta have finally released their latest full length album this week, which is titled "Umbriel (Das Schweigen zwischen den Sternen)", which translates to "Umbriel (The Silence Between the Stars)". The album was originally planned to be released around May 2012, however the release date was postponed several times for unknown reasons. The album was finally released on March the 8th, and is the band's ninth full length to date.

The tracklist for "Umbriel (Das Schweigen zwischen den Sternen)" is as follows:

The album is available in standard jewel case CD, limited digipack CD, and also limited double vinyls in black, red, green and white. You can order the album here, while previous Nocte Obducta albums are available on Amazon.com.

The Black Imperial Crown has Lunar plans for Uranus, and it's stars.

Leave a comment
for 'New Nocte Obducta album out now'

Leave a comment
for 'New Nocte Obducta album out now'