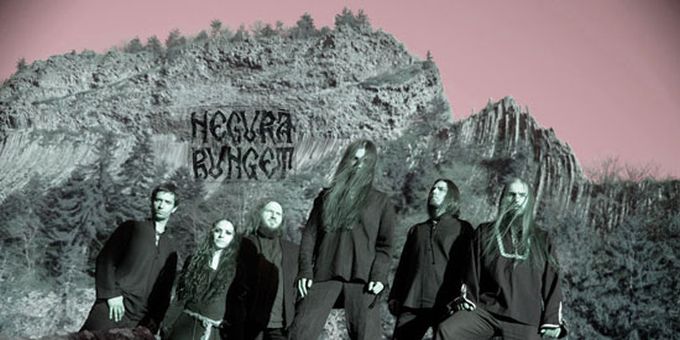 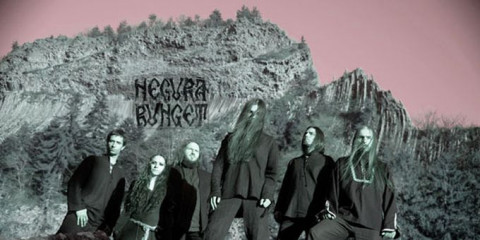 The beginning of 2013 brings Negură Bunget on a highlighted evolution path. A significant development occurred within our line-up. We are pleased to announce we refined a new concept and approach towards our live and studio performances. At the center of the band there is a core of dedicated musicians involved in all the band projects. This core is complemented by an additional sphere of musicians for special performances and studio works.

This approach helps us enrich our grip towards traditional instruments use and performance. We are also shaping things towards a new visual and musical atmosphere of our performances to undertake a complete transformation.


On the topic of the new EP, the band indicated that it will be titled "Gînd a-Prins", which translates to "Incandescent Thought". They mention that it will consist of two songs and will be issued strictly on 7" vinyl. The EP will be released by Prophecy Productions in May 2013 with the following tracklist:

The band commented briefly the following regarding the concepts presented on the EP:

We are delighted to announce the first concrete endeavour of the present Negură Bunget collective will be a 7" EP titled Gînd a-Prins (Incandescent Thought). The two tracks of the EP are Tăul Fără Fund (Abysmal Mire) and Curgerea Muntelui (Flow of the Mountain). The EP serves as a gradual introduction towards the first part of the Transilvanian Trilogy - TĂU, planned for release in the second part of the year. The two songs develop the major musical directions of the album, which melt together in the end into the larger visual concept.


They also intend to set up a small European Tour to complement the release of the EP in order to introduce fans with the atmosphere of our new works. You can read more about the aforementioned "Transilvanian Trilogy" here.

can't wait, one of my favourite bands. Even with all the line-up changes they never fail to impress me