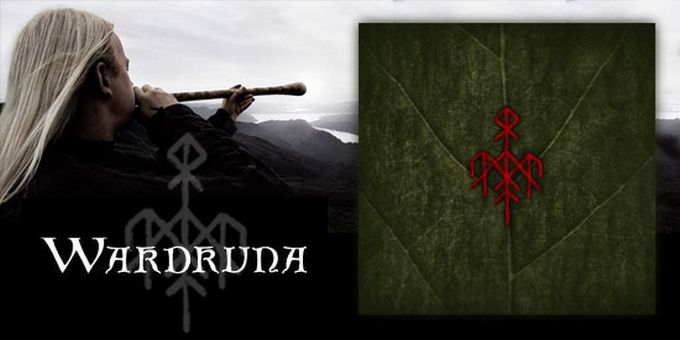 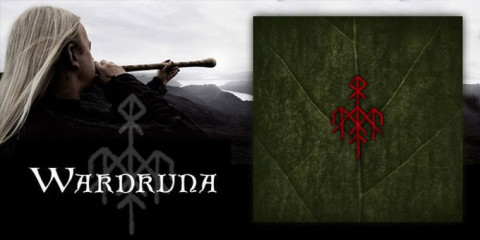 Norwegian Folk / Ambient project Wardruna, notable within the Black Metal community for featuring ex-Gorgoroth members Einar "Kvitrafn" Selvik and Kristian "Gaahl" Espedal, have just released their second full length album. The album is titled "Runaljod - Yggdrasil", and was released through Norwegian label Indie Recordings on the 15th of March in Norway. The album will be released in the rest of Europe on March 25th, while fans in North America will have to wait until the 2nd of April.

The album clocks in at just under 70 minutes, and features the following track list:

The album's concepts are a continuation of those found on their 2009 debut, "Runaljod - Gap Var Ginnunga". Wardruna intends to make a third album in order to complete the "Runaljod" trilogy. On the band's official website, a recently updated biography can be found which is well worth the read, and probably explains the groups's history and ideology better than I could:

Wardruna is a Norwegian music group founded by Einar Kvitrafn Selvik. In 2009 Wardruna enchanted their listeners with their mesmerizing debut album 'Gap Var Ginnunga', which also was the first part of a planned trilogy. In the ensuing years the group have spent a lot of time on adapting their music to a live format and establishing a live band. This resulting in a handful of very special concerts, perhaps most notably when they performed in front of the majestic 1100-year-old Gokstad ship at the Viking Ship Museum in Norway.

With the use of the oldest of Nordic instruments and poetic metres as well as lyrics written in Norwegian, Old Norse and Proto-Norse tongue, Wardruna is now, after nearly three years in the making, finally ready to return with the second album in the 'Runaljod' trilogy entitled 'Yggdrasil'. Multi-instrumentalist and songwriter Einar Kvitrafn Selvik has, together with vocalists Kristian Espedal (aka Gaahl) and Lindy-Fay Hella, managed to make ​​a strikingly beautiful and intense continuation of what was started with their first album, but without falling into the trap of merely repeating themselves. 'Yggdrasil' is also graced with guest appearances by renowned Icelandic composer Hilmar Örn Hilmarsson and Iceland's leading rímur singer Steindór Andersen.

The ongoing 'Runaljod' trilogy is a musical rendition of the 24 runes in what is often referred to as the elder futhark. Some of the recordings are done outdoors in places or under circumstances of significance to each rune. Wardruna primarily use old and historical instruments such as primitive deer-hide frame drums, Kraviklyra, tagelharpe, mouth harp, goat horn, lur and more. Non-traditional instruments and other sources of sound like trees, rocks, water and torches are also used.

All of these elements are carefully woven into a rich musical landscape and complemented with whispering voices, melodic song and mighty choirs. Although Wardruna's music share characteristics with music typically labeled as folk, world and/or ambient, none of these genres can really describe their unique style. It truly must be experienced.


The core members of Wardruna involve Kvitrafn, who writes all music and lyrics, sings and plays most of the instruments, and Lindy-Fay Hella who provides female vocals. Gaahl also provides vocals as well as conceptual contributions.

Additionally, some footage of Wardruna performing the album's closing track, "Helvegen", live at the Castlefest in Lisse, Netherlands on August 2, 2012 is also available:


I hope you enjoyed all of this as much as we did.

Both Wardruna albums are available on Amazon.com.

No comments yet.
Leave a comment
for 'New Wardruna album out now'

Leave a comment
for 'New Wardruna album out now'