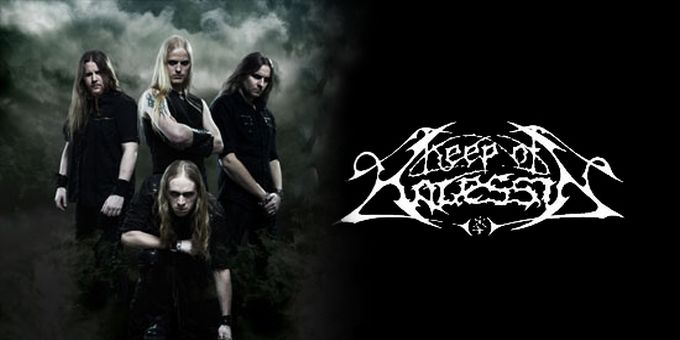 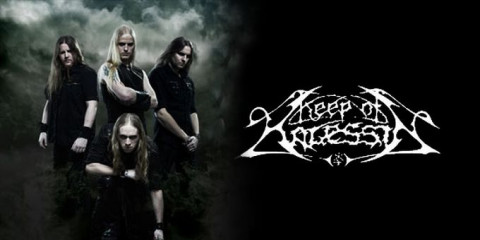 Norwegian Melodic Black / Death Metal band Keep of Kalessin are releasing new material this week in the form of a single, which is titled "Introspection". The band has produced a music video for the song, which is now available for watching on YouTube. The single was released through Indian extreme metal label Demonstealer Records, and was premiered at the Indie Recordings Label Night at the Inferno Festival in Oslo, Norway:


During the video's premiere event, Keep of Kalessin's founder Arnt "Obsidian" Grønbech revealed some unexpected news regarding the band's lineup, as the band's former vocalist Torbjørn "Thebon" Schei does not appear in the video:

We haven't heard from him in 5 months. He went to South Africa with his girlfriend and we received no life sign or answers to our messages. Instead of waiting it out we just had to move on and I started testing the vocals in the studio myself, realizing my vocals were far from bad. I've always been the driving force of the band and I found it to be easier if I just managed to handle the vocals from now on instead of replacing Thebon with someone else. The worst part of this will of course be to do both vocals and guitars live, but it's all a matter of practice, really. We now feel that this is the way to go and that the band is in fact stronger than ever!


Stay tuned for future updates. All Keep of Kalessin albums are available on Amazon.com. We highly recommend their 1997 debut "Through Times of War", and also their 2003 EP, "Reclaim", which features an outstanding performance from legendary vocalist Attila Csihar.

reclaim EP is the best they have released so far though

Leave a comment
for 'Keep of Kalessin release music video'

Leave a comment
for 'Keep of Kalessin release music video'