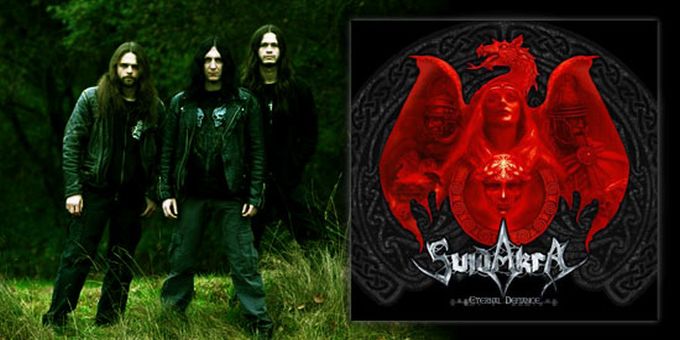 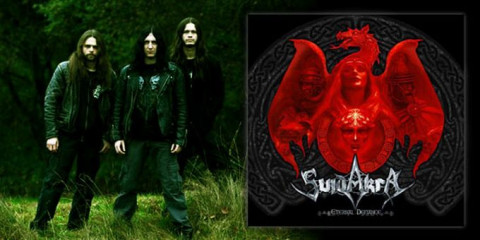 German Pagan / Folk Black Metal band Suidakra will be releasing their 11th full length album on the 24th of May, the complete details of which are now available after the band recently published the album's cover art: 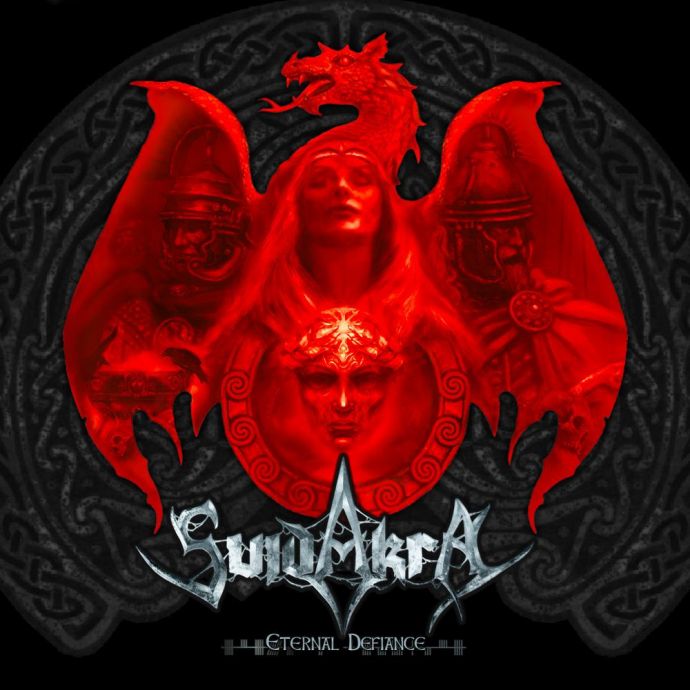 "Eternal Defiance" will be released by German label AFM Records, and features the following tracklist:

Two album trailers were recently made available showcasing the album's contents leading up to the album's release:

Additionally, a four part "Studio Diary" was made during the album's recording process:

Stay tuned for further info in the coming weeks. Suidakra - Eternal Defiance is now available for pre-order on Amazon.com.

As my rage leads my dark inner into the Black Arts, I shall show eternal defiance to Satan, and his enslaved of Hell.