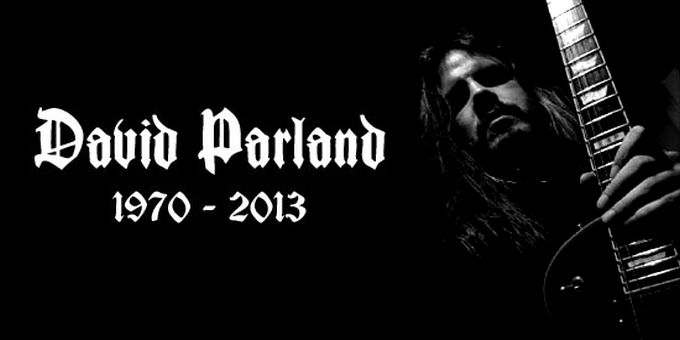 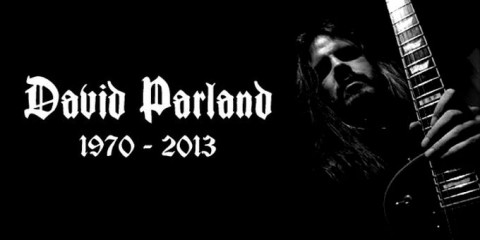 A couple of days ago I was reached by the terrible news that my old brother David 'Blackmoon' Parland had passed away and entered the eternal fire once and for all. It's taken me a few days to grasp it all. And it still hurts, alot, to even think ot talk about it.

During the last couple of weeks I was in close contact with David. He was going through an extremely difficult time of life, whereof he contacted me to ask for my help.

Even though the two of us had abit of a complicated relationship over the years, (much excessive in the media though) he knew that he could always call or visit me when needed, which he also did once in a while.

Last time I talked to him, was when he called me, on March 15. From what I could understand things were going in the right direction. I also had some very good news for him, which he was very happy to hear about. What happened after that I simply can't understand. And I cant understand WHY he didn't call me (again). So close, so fucking close to get back on track brother. Why?

You will be missed deeply! May you reign forever and ever in the eternal hellfire. Hail the hordes!


Born in Stockholm in 1970, David Parland went on to become an integral member of the Swedish Black Metal scene for 25 years, playing guitar for Necrophobic, Dark Funeral, Infernal and War, four of Sweden's most revered Black Metal bands. His career took shape when he co-founded Necrophobic in 1989 and played guitars on the band's four demo releases, their first two EPs, and their classic 1993 debut, "The Nocturnal Silence". As mentioned above, in 1993 David Parland co-founded Dark Funeral with Lord Ahriman and played on their self-titled EP from 1994 and on their classic debut full length, "The Secrets of the Black Arts", released in 1996.

In 1997 he founded Infernal (also known as Infernal 666) and also joined fellow Swedish Black Metal band War (also known as Total War) during the same period. In War he played guitars on the band's only two releases, their "Total War" EP from 1997 and their only full length, "We Are War", released in 1999. War split up in 1999.

In Infernal, he played guitars, bass, and handled vocal duties as well as writing lyrics. Infernal released three fantastic EPs ("Infernal" - 1999, "Summon Forth the Beast" - 2002, "The Infernal Return" - 2010), and also a split album with Dark Funeral in 2002 titled "Under Wings of Hell". Being the sole core member of the band, Infernal came to an end upon David Parland's death.

At the time of his death, he was also working on a solo project, titled Blackmoon's Darkwinds, although the only release was a split album with U.S. Black Metal band Nocturnal Abyss, titled "Beyond the Nothingness".

So go ahead, crack open a beer, pop on Necrophobic's "The Nocturnal Silence", Dark Funeral's "The Secrets of the Black Arts", or any of Infernal's excellent EPs and celebrate David Parland's life and appreciate his invaluable contributions to Black Metal.

8 Comments
for 'David Parland passes away'

Infernal's EPs really allowed him to express his musical talent and full potential. He will be missed!

been a while since you updated the news section!

I discovered this site a little while, but I never saw anything new being published

a great artist of metal