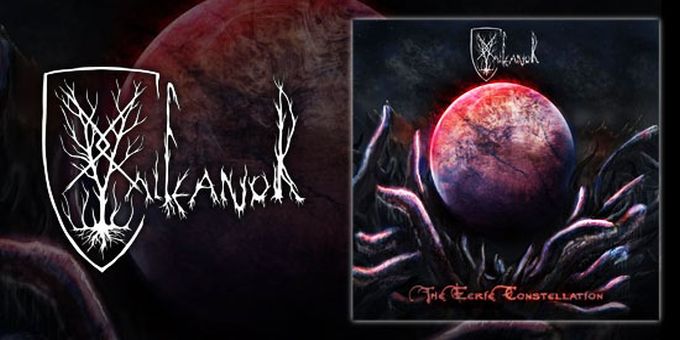 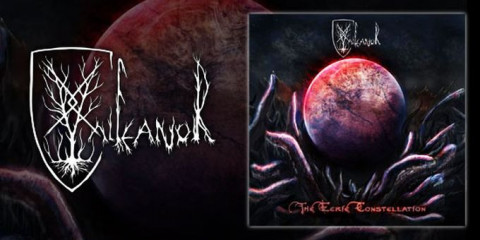 Austrian Atmospheric Black Metal band Valfeanor have just released their third full length recording. The album is titled "The Eerie Constellation", and was released on the 25th of March through Austrian label Cursed Records.

The track "Lethe Diesseits" was already made available for streaming in December on the label's YouTube channel:


Additionally, the track "Kratores" was made available on the band's SoundCloud profile:


Cardinalis Desderoth, the band's vocalist, bassist and founding member, commented the following regarding the new album:

I have worked much harder on this album that either of the others, mainly because musically I wanted to take it in a much more complex direction. Like many musicians who have played in relatively well-known bands I find it very irritating that certain critics always have to judge one band against the other. I get pretty tired of having Valfeanor's music compared to Hellsaw's, as the two could not be more different, either in musical style or subject matter. I can use between 8 and 20 riffs in one song, so the two bands really don't warrant any comparison.

Essentially all three of Valfeanor's albums deal with our awareness and perception of things around us. 'En Ny Tid' was about the fantasy world that exists on the fringes of our day to day reality, and 'Noreia' concentrated on the realities of life, which, despite the negative aspects, could also be fulfilling. 'The Eerie Constellation' takes it one step further in an exploration of both the dark things that surround us and the myriad things that are all around us, such as the constellations, and whose beauty we rarely glance at but into which we can escape if we choose to.

It is most definitely not an album that dwells on the negative aspects of our existence.


You can order "The Eerie Constellation" here, while previous Valfeanor albums are available on Amazon.com.

No comments yet.
Leave a comment
for 'New Valfeanor album out now'

Leave a comment
for 'New Valfeanor album out now'