Desaster premiere another song from their upcoming album, "churches without saints"

The band's label has released the track "Endless Awakening" in the form of a lyric video, with the album scheduled for release on the 4th of June. 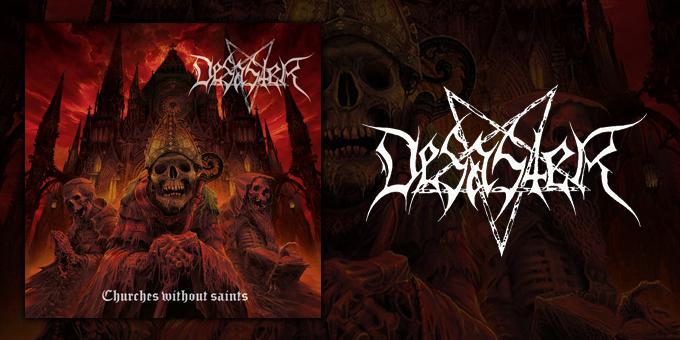 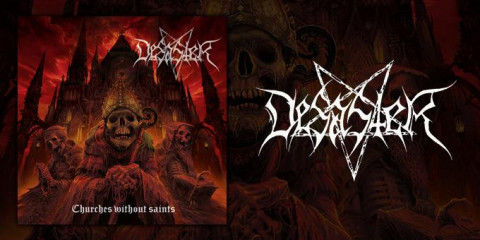 Desaster have recently released a lyric video for one of the tracks off their upcoming album. The new song is titled "Endless Awakening", and you can check it out below through the official Metal Blade Records YouTube channel:


This isn't the first track to be made available from the upcoming album, as "Learn to Love the Void" was also uploaded by Metal Blade Records, exactly one month earlier:


Desaster are no newcomers to the scene, and "Churches without Saints" will mark the band's 9th full-length in a career spanning more than 30 years. The label elaborated briefly on the recording process, and what we can expect compared to previous releases:

The record was tracked in the band's rehearsal room and was recorded, mixed and mastered by their live mixer Jan “Janosch” Gensheimer. This led to a very relaxed atmosphere throughout the whole process, having rehearsed a lot prior to recording and also doing a full pre-production demo with their own equipment, meaning they could record very fast and without many mistakes. They did however change things up a little, sonically speaking.

“It was a big goal for me to change the sound a bit,” says Infernal. “Whereas the last albums had a very harsh sound, where the mid and high frequencies were dominating, I wanted a warmer and smoother sound this time. I always liked the sound of our ‘Tyrants of the Netherworld’ album from 2000 very much, and the new album is an effort to develop this sound with more details and different instruments. On ‘Tyrants‘, we had the rough mud of deepest hellish caves, now we present you the black lava which is flowing around the throne of Satan himself!”


Bit cheesy, but I like cheese. The track-list for the new album is as follows:


And here's a closer look at the cover art, which was designed by Brazilian artist Marcos Miller: 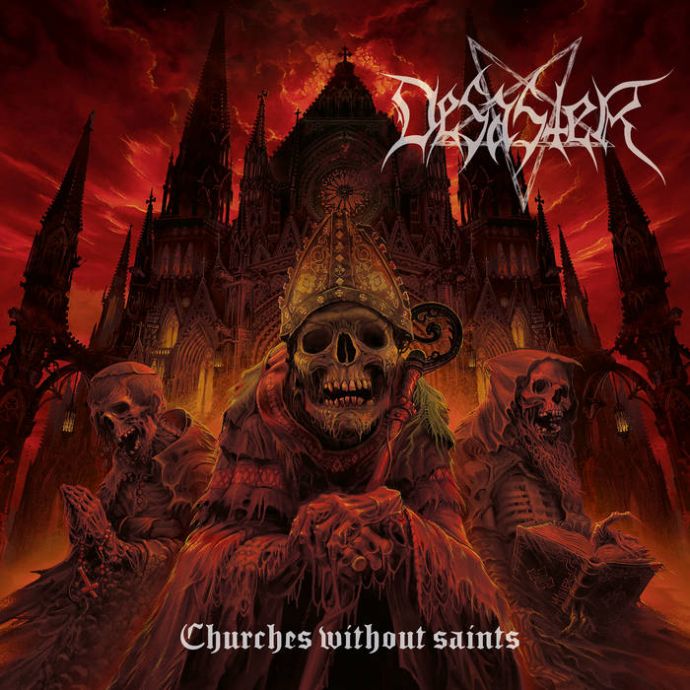 "Churches without Saints" will be released through Metal Blade Records on the 4th of June, and will be available in the following formats:

0 Comments
for 'Desaster premiere another song from their upcoming album, "Churches without Saints"'

No comments yet.
Leave a comment
for 'Desaster premiere another song from their upcoming album, "Churches without Saints"'

Leave a comment
for 'Desaster premiere another song from their upcoming album, "Churches without Saints"'