The Egyptians have released the song "As Nu Enshrines Death" from their upcoming album in the form of a lyric video. 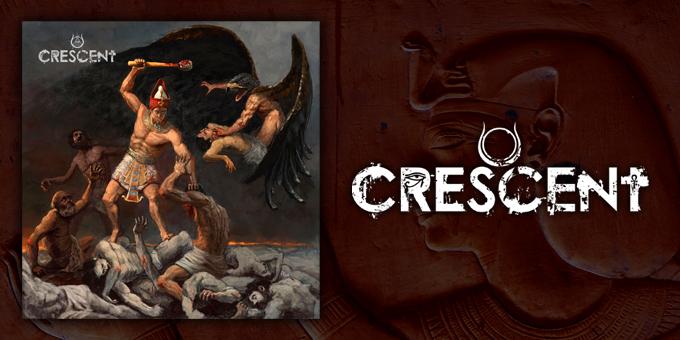 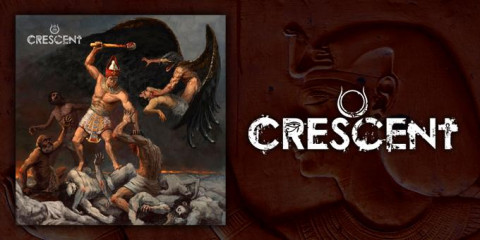 Crescent are scheduled to release their next full-length, titled "Carving the Fires of Akhet", on the 25th of June. Leading up to the release, the band has now made the closing track from the album, "As Nu Enshrines Death", available for streaming through the Black Metal Promotion YouTube channel:


"Carving the Fires of Akhet" will mark the band's third full-length album, and they elaborated on the artistic direction they are taking with the new material:

'Carving the Fires of Akhet' conveys in all its aspects a powerful meaning that is of important value to us. The album title acts as the thread that holds all tracks together. The Fires of Akhet represents the great divine will that was carved into humanity's history and future. A value that brought nations to their apex and brought others to their knees, and the cycle goes on.

The artwork is inspired by one of the most ancient relics of Egypt, one which had and still has a huge influence on the narrative of its history. We are sure fanatics of Ancient Egypt will be able to recognize it. We wanted to bring it to life and reflect every inspiring tale of it through recreating it in a Baroque style art. Khaos Diktator Design created a massive piece of art, translating our vision into reality by achieving exactly what we were looking for and even more! This piece of art is a monolith to be proud of.


Here's a closer look at the aforementioned artwork by Serbian artist Khaos Diktator Design, who some will probably know better as Atterigner, the current vocalist for 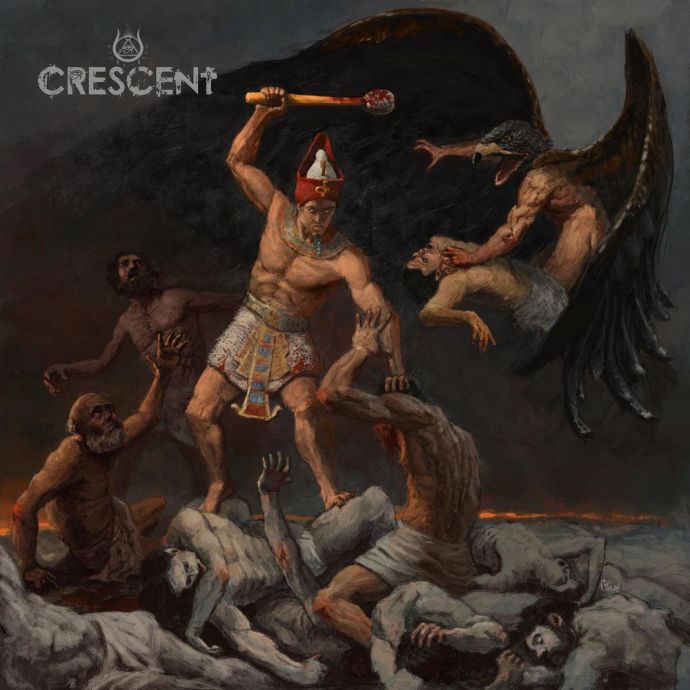 Regarding the music specifically, the band had this to say:

Musically, it does not try to repeat what we have already achieved, especially in 'The Order of Amenti'. We challenged ourselves and raised our fire higher by crossing many borders beyond what is simply expected of us. It manifests Crescent's growing identity and beyond, starting a new era for the band. We decided to record the new version of our 1999 track 'Dreamland', which is something that we wanted to do for many years and it is one of our most important tracks, which perfectly fits within the album.

As for the cover songs, we could not fight the urge anymore to not pay tribute to these two bands that have been nothing but bastions of influence and sincerity throughout the majority of our musical journey. It is something for our own enjoyment.


The two bands in question are

Bolt Thrower, while "Dreamland" is a song that originally comes from their very first demo, and is inspired by the writings of Edgar Allen Poe. The complete tracklist is as follows:


"Carving the Fires of Akhet" will be released on the 25th of June through Listenable Records in digital and Digipak CD formats, as well as a several different limited vinyl editions. The album is available for pre-order here.

That artwork is sick! it looks like the Thor cover on the scandinavian Attack album (With an eastern flavour)
that guy should have just sticked to painting instead of becoming a generic Vocalist and ruining a decent Gorgoroth album!

2004: While filming footage for their "Black Mass in Kraków" DVD, Gorgoroth performed a concert in Kraków, Poland, featuring sheep heads impaled on stakes, satanic symbols, naked models crucified on stage and usage of 80 litres of sheep's blood, causing authorities to confiscate the footage and consider prosecuting the band under Polish anti-blasphemy and animal rights laws, although the charges were later dropped. (Pictured)