The album, titled "True English Black Metal", is due to be released in the coming days, and will mark the band's debut full-length. 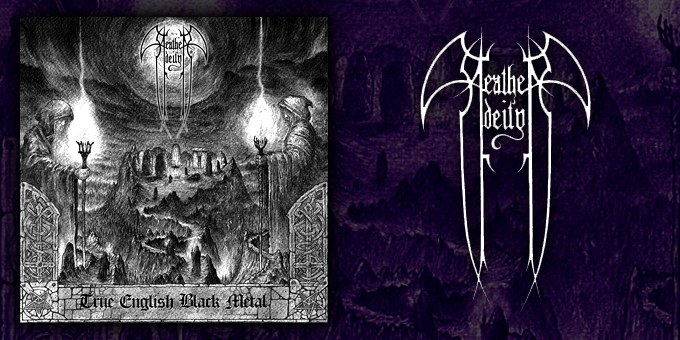 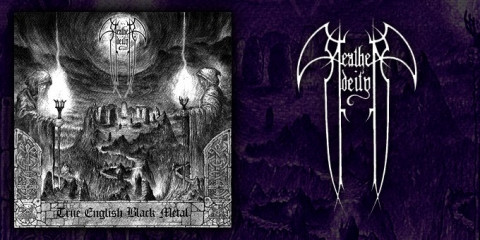 Heathen Deity are soon to be releasing their debut full-length album through Death Kvlt Productions / Cult Never Dies, and leading up to the occasion, the entire album is now streaming online in its entirety through the Black Metal Promotion YouTube channel:


Here's a closer look at the artwork, which was designed by French artist David Thiérrée, who's art and design work you may already be familiar with from such albums as Behemoth's "Sventevith (Storming Near the Baltic)", Mütiilation's "Remains of a Ruined, Dead, Cursed Soul" or Ihsahn's "Telemark": 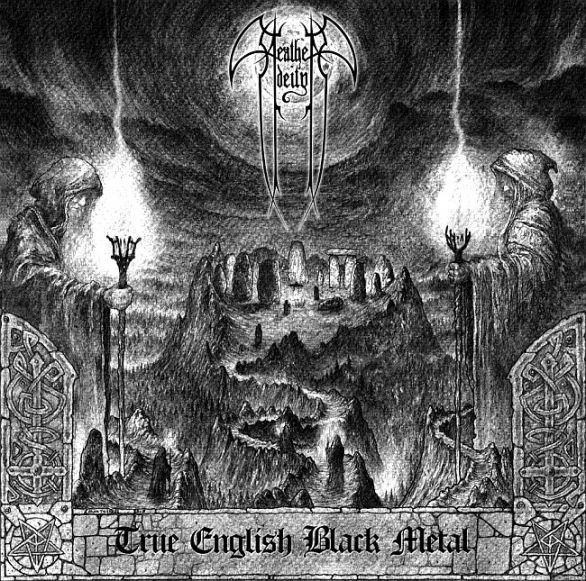 Despite this being their debut full-length, Heathen Deity are by no means a new band, as they were originally founded in 1998 in Derbyshire, England, although only a handful of demos and EPs were released before they went on a 10-year hiatus in 2004. Among the band's line-up are members from prominent British bands such as Hecate Enthroned, A Forest of Stars and Thy Dying Light.

Although no exact release date has been made available yet, "True English Black Metal" is available for pre-order from Cult Never Dies here.

Nice!
"Religious Purification Through Fire" was one of the rawest and most memorable releases i've ever encountered. Juicy Stuff!