Leading up to the release of their next album on the 20th of June, the song "Stillborn Messiah" has been made available in the form of a lyric video. 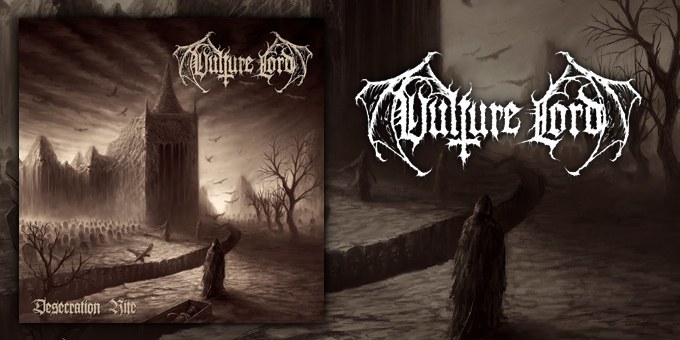 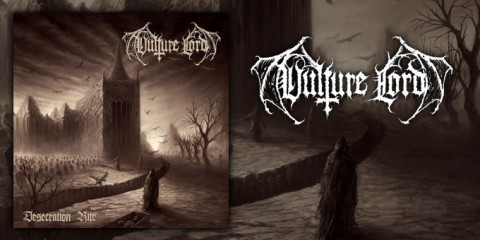 Vulture Lord will be releasing their second full-length album, titled "Desecration Rite", on the 20th of June through Odium Records. To give fans another taste of what they can expect, the band recently made a lyric video for the track "Stillborn Messiah", which has been uploaded to the BMP II YouTube channel:


"Desecration Rite" consists of nine new tracks, and features songwriting by the late Trondr Nefas of


The label already made the song Bloodbound Militia available for listening in late April:


Despite only just finishing work on their second full-length album, Vulture Lord has been around in the Norwegian Black Metal scene as far back as 1990, originally formed in the town of Hønefoss by singer Brede Norlund under the name Interment. Several name changes later, they finally settled on Vulture Lord in 1995, and released their debut full length, "Profane Prayer", in 2002.

The band had this to say regarding the new release:

[...] Desecration Rite is the resolute affirmation of an unbreakable pledge to the destruction of all things, the ending of all life in fire and pain. More than simply a glorious rendering of the essential elements of black metal, this album is a mission statement, a declaration of war against the light.

With members of Urgehal, Carpathian Forest, Beastcraft and Endezzma in their ranks, there is no more potent a battalion amongst the blackened hordes than Vulture Lord. Featuring the stunning song writing craft of Trondr Nefas, who took the last walk into the night in 2012, Desecration Rite is an album of unparalleled power.

Each moment that has elapsed since the release of Profane Prayer has been utterly justified by this staggering outpouring of absolute darkness. With the assistance of Odium Records, fellow believers in the vision of Vulture Lord, the final battle will commence this June. It is time for the beginning of the end.


Here is a closer look at the cover art, which was designed by Sick Graphics Productions: 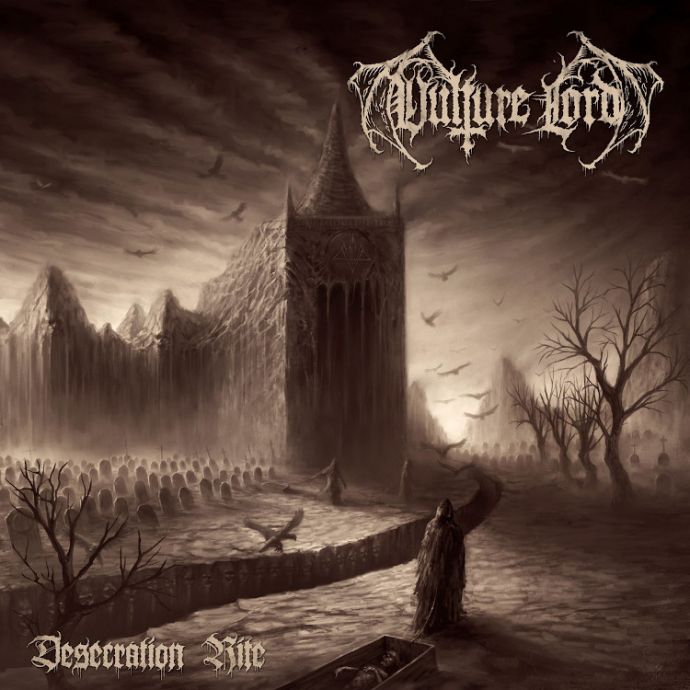 "Desecration Rite" is already available for pre-order from the official Odium Records webshop, and comes in the following formats:

There are also shirts and patches available. More info here.

No comments yet.
Leave a comment
for 'Vulture Lord release track from upcoming album'