The music video was made for the track "Shadows Ov Ea Cast Upon Golgotha", taken from the band's 2020 EP, "A Forest". 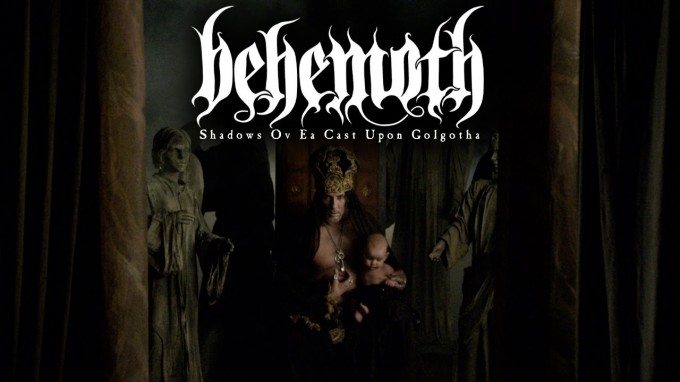 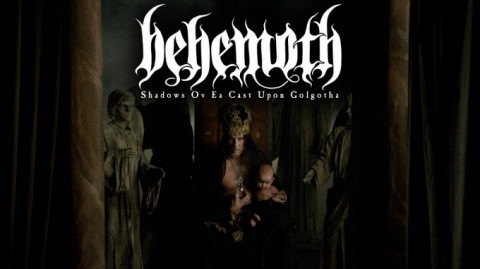 Behemoth have just released a new music video, this time for the song "Shadows Ov Ea Cast Upon Golgotha", which was the third track off their 2020 The Cure tribute EP, "A Forest".


The video was produced by Wroclaw-based studio Grupa 13, who also made the music videos for Behemoth songs "God=Dog" and "O Father O Satan O Sun", and features the usual array of slow-motion scenes drenched in biblical symbolism. The track "Shadows Ov Ea Cast Upon Golgotha" was originally taken from the "I Loved You At Your Darkest" recording sessions, but didn't make it to the final cut.

Behemoth singer and founder Adam "Nergal" Darski had this to say regarding the video:

"Shadows Ov Ea Cast Upon Golgotha" is the final piece of the puzzle to complete the "ILYAYD" cycle. An amazing album campaign for Behemoth, and this is its grand send off!

Once again, we collaborated with Grupa 13 and created a very cinematic script and vision. There are numerous references linking this new video and our previous videos for "God=Dog" and other "ILYAYD" videos. It's all high-end, unseen footage and has a cool and intriguing story running through it.

And Legions, we have a busy end to the year and we HOPE to see many of you in the Fall on The European Siege with Arch Enemy, Carcass and Unto Others. Regardless, prepare yourselves for some monumental announcements to come over the next 12 months! 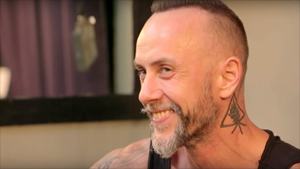 No idea why the youtube embed isn't working. oh well.

Hmm. i didn't like that EP when i first listened to it but since its Nergal's Birthday, we'll give a shot to it's Music Video!

I didn't listen to that EP, but I did enjoy "I Loved You At Your Darkest" when it first came out, since it felt quite fresh and something different. However, since then I've kinda exhausted my ears a bit after too many listens.

Since this song is in exactly the same style (musically and visually) as that album, it's falling a bit flat for me, especially the washed out guitar tone, and I'm not really picking up many of the hidden references in the video. But still, it's worth at least one watch for sure.

TBH i only, truly love the From the Pagan Vastlands demo and the first 3 incredibly weird Black Metal releases that this band made! i'm not a big fan of their Blackened Death Sound but because of my respect for Nergal as a person i almost have listened to everything they've put out (even the Complations and Eps and shit!) but i coudn't really connect musically. though i have a huge respect for Demigod.

but i agree that last album was certainly different but again, wasn't for me!

I listened to that EP primarily because of The Cure Cover (which is incidently one of my fav non metal songs ever!) but it was an awful cover! so i think you should continue to avoid that EP!

also, just like you, i didn't get much from the video either but i agree the guitar (and Drum) sound is really crisp.