The band has made the song "Everlasting Dying Flame" available for listening from their upcoming EP. 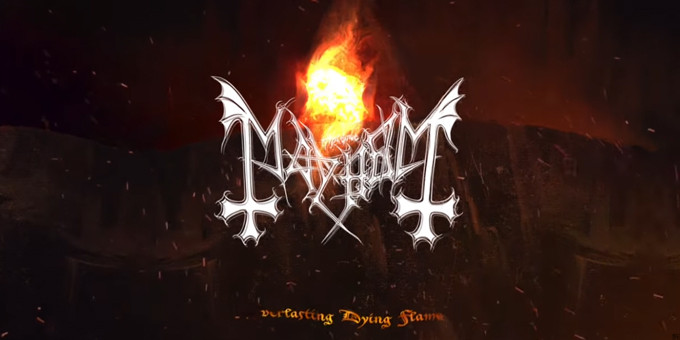 Mayhem will be releasing their brand new EP, which is titled "Atavistic Black Disorder / Kommando", on the 9th of July through Century Media records. Leading up to the release, the label has just uploaded another song from the EP to their YouTube channel. The song is titled "Everlasting Dying Flame", and is the third track on the EP:


In case you missed it, the label already made the EP's opening track, "Voces Ab Alta", available for listening last month:


"Atavistic Black Disorder / Kommando" will include material from the "Daemon" recording sessions, and also some covers of select punk songs by the likes of Ramones and Discharge, which explains the split nature of the EP.

The complete tracklist for Atavistic Black Disorder / Kommando" is as follows:


In addition to the usual CD and vinyl formats (of which there is quite a variety), "Atavistic Black Disorder / Kommando" will also be released as a box set, limited to 1,000 copies world-wide, including a slipmat and three art prints. There will also be a few different t-shirt designs and a backpatch, all available at their online store: