The band's space-themed debut, "Striving Toward Oblivion", is scheduled to be released this Friday via Transcending Obscurity Records. 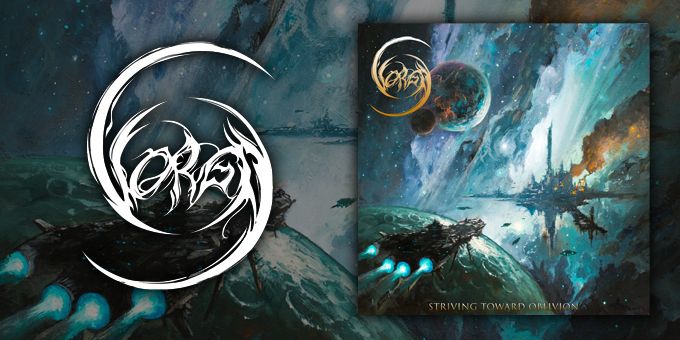 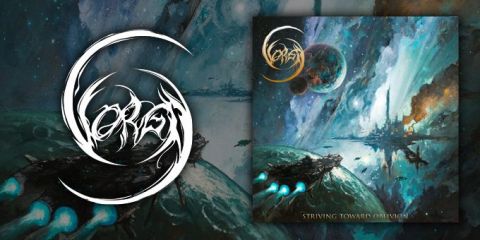 Vorga are scheduled to release what will be their debut full-length, titled "Striving Toward Oblivion". The new album will be released via Indian label Transcending Obscurity Records this Friday, and meanwhile is now being streamed online in its entirety, check it out:


The label had this to say regarding the new release:

Following a stunning debut EP in "Radiant Gloom" which landed them a label deal, German Black Metal band Vorga return with an absolutely scintillating full length that expands upon the music on their debut and takes it to new heights.

The sound is more powerful and streamlined than ever before, while remaining intense and sufficiently scathing but not so much so as to blur out the gleaming melodies that add a dimension to the band's atmospheric and otherworldly music. Similar to the sci-fi themed Black Metal label mates Imperialist, Vorga seem influenced by Dissection but do so much more and sonically are operating almost as an atmospheric Black Metal band.

It's easy to get lost in the intense and engaging soundscapes Vorga create, making the listener mentally traverse endless galaxies and remain enraptured by it all, as they weave together compelling riff after riff, ensuring that no time is wasted during the extraterrestrial journey. This is one of the best and most emphatic expressions of this style, leaving no stone unturned in ensuring a fulfilling, edge-of-the-seat experience that's both refreshing and unforgettable.


The complete tracklist for "Striving Toward Oblivion" is as follows:


Here's a look at the cool cover art, as designed by American artist Adam Burke of Nightjar Illustration, who has worked with a plethora of bands including

Mare Cognitum, to name but a few: 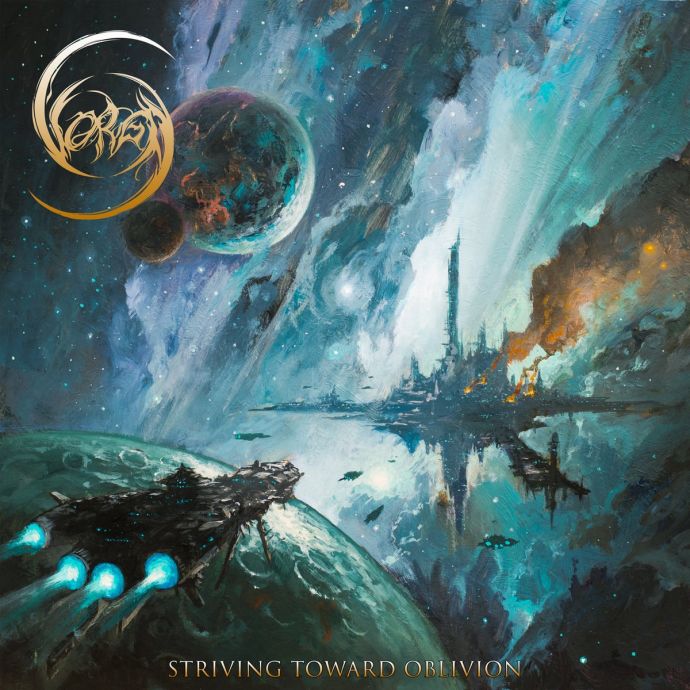 "Striving Toward Oblivion" will be available for purchase in digital, digipack CD and 12" vinyl LP formats on Friday via the Transcending Obscurity store:

No comments yet.
Leave a comment
for 'Debut Vorga full-length album streaming online in full'