The new album, titled "Electric Warfare", is scheduled for release on the 25th of February via Hell's Headbangers Records, marking the band's fifth full-length. 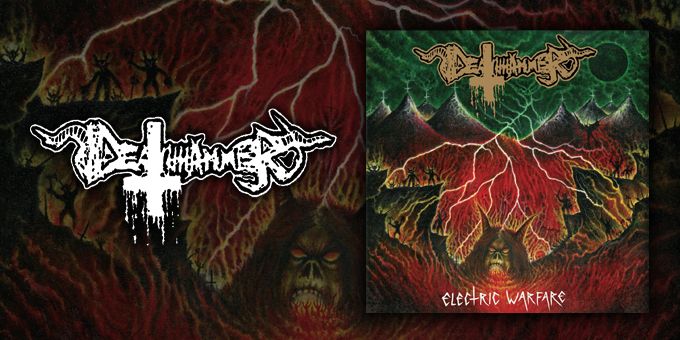 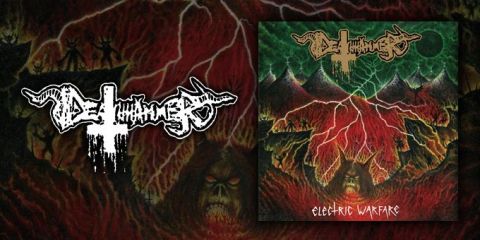 Deathhammer are due to release a brand new record this week, in the form of "Electric Warfare". The new album will be released on the 25th of February via Hell's Headbangers Records, and will mark the band's fifth full-length. While we wait, the entire album is now being streamed over at the NWOOSTM YouTube channel, check it out:


The label commented on the writing process behind the new album:

All-too-perfectly titled, Electric Warfare is a veritable blast from the past, in more ways than one. As Sadomancer explains, "We recorded it many years ago before Chained to Hell was out when Sergeant Salsten visited from Australia in 2016, but those recordings got scrapped. Then we worked on it some more years and finally started to record it again at the start of 2020 with - from my part - a couple of new tracks. We threw away a couple in favor of new better ones."

Indeed, the devilish dialogue between the two plays out in righteous form on Electric Warfare, offering DEATHAMMER's most ripping and intense songs yet as well as some of their most epic. Sadomancer reasons that his songs are fairly long and intricate while Sergeant Salsten's are ultra-short and to the point; together, the bloodied canvas on which they write is a torrent of timeless metal mayhem, whether you qualify it strictly as "blackthrash" or simply HEAVY METAL.


The complete tracklist for "Electric Warfare" is as follows:


The cover art for the new record was created by Norwegian artist Eduard Johnson, who already collaborated previously with Deathhammer, providing the artwork for "Onward to the Pits" and "Evil Power: 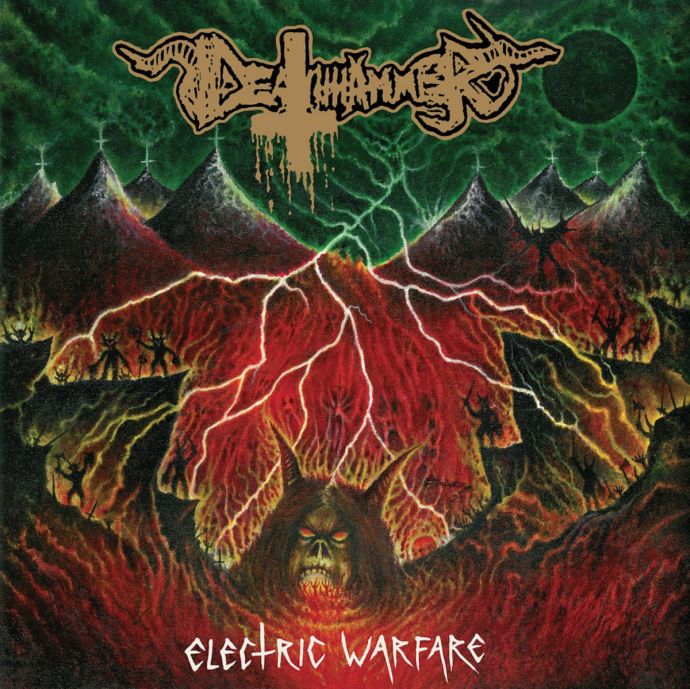 The CD version will be released on the 25th of February, while the vinyl and tape versions will be released later on the 29th of April. Orders can be placed either through the Hell's Headbangers store or via the band's official Bandcamp page:

No comments yet.
Leave a comment
for 'Deathhammer streaming upcoming album in full'

Leave a comment
for 'Deathhammer streaming upcoming album in full'