The new EP is titled "Death and the Twilight Hours", featuring four new tracks, and scheduled for release on the 20th of May via 20 Buck Spin. 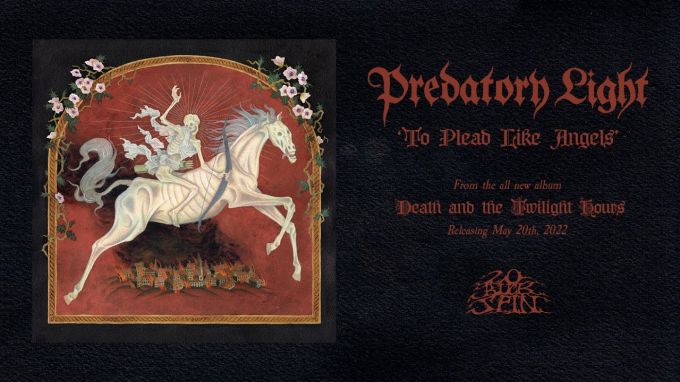 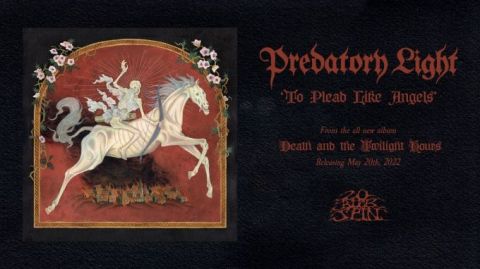 Predatory Light are getting ready to release a brand new EP next month via 20 Buck Spin. The EP, titled "Death and the Twilight Hours", will mark the band's first release of any kind since their 2016 self-titled debut full-length, and is set for release on the 20th of May. While we wait, the EP's closing track, "To Plead Like Angels", is now being streamed online via the label's YouTube channel, check it out:


The complete tracklist for "Death and the Twilight Hours" is as follows:


The label elaborated on the EP's sinister themes:

Hail horrors! After six years in deathlike repose, Predatory Light returns. From beneath churchyard stones, the bare, ruined choir sets forth to drape the world in its nocturnal lightings. Once again established in the spiritual desert of the southwest, the devil’s quartet has been reanimated by the same infernal regents that compose the deadly Superstition. As a result, the four musicians that conceived ‘The Anatomy of Unholy Transformation’, in Predatory Light, delve into far bleaker corners of their dark twisting subconscious.

“Death And The Twilight Hours”, the second album from Predatory Light is comprised of four towering mazes of infernal technicality, ancient evil, and eerie church nightmare Black Metal of the South European and South American style. These four hymns conceptually meditate on the triumph of death during times of plague, focusing on the psychological terror and rapture of humanity’s impending doom. Borrowing imagery from Boccaccio’s account of the plague in his native Florence and inspired by Lucretius’ record of the Athenian Plague, Predatory Light explores the historical mindset of human sin and torment- evoking the archetypal personification of death as it tethers human consciousness to the realm of earthly suffering.

The sinister, spectral guitars that drift like cemetery mist over everything and beckon for release tell the story on “Death And The Twilight Hours” as much as the scathing diseased vocals guiding the path. Now resolutely ascendant, Predatory Light’s return heralds the second coming of one of US black metal’s immense outliers.


The cover art was designed by Aron John Dubois: 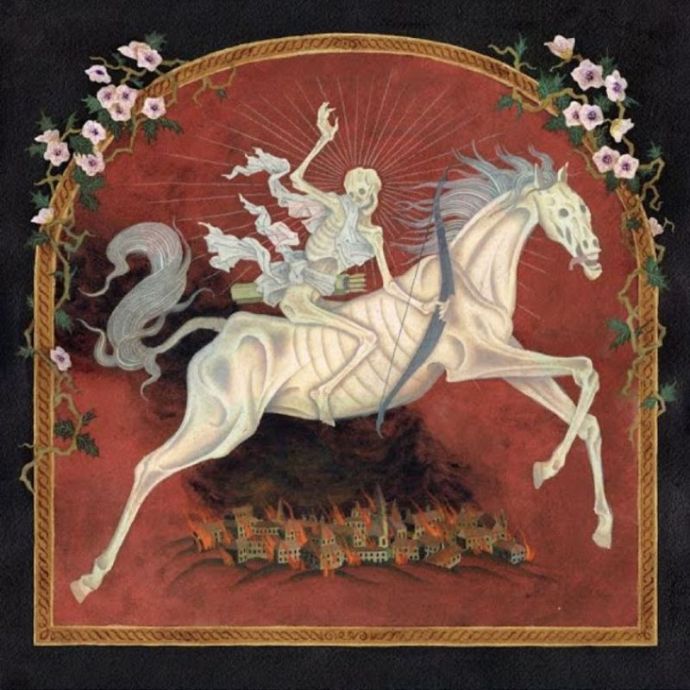 No comments yet.
Leave a comment
for 'Predatory Light reveal new song and details for upcoming EP'