The new song, titled "Strepitus Mundi", is the fifth track from the new album "Triade II: Hemera", which is scheduled for release on the 13th of May via Debemur Morti Productions.

Aara are scheduled to launch their latest full-length album, which is titled "Triade II: Hemera". The new work will be released on the 13th of May through French label Debemur Morti Productions, who also handled the band's previous two albums. While we wait, the fifth track from the album, "Strepitus Mundi", has been made available for listening, check it out:


"Triade II: Hemera" will be the second part of the planned "Triade" trilogy of albums, and will mark the band's fourth full-length overall. The label commented on the style and themes behind the new album:

Based upon the 1820 Gothic novel 'Melmoth the Wanderer' by Charles Robert Maturin - and closely connected in style and atmosphere to 2021's initial instalment "Triade I: Eos" - each of the 6 brutally melodic tracks follows the book's chronological mid-point narrative in a dazzling critical examination of theism and scepticism through the medium of top-tier Black Metal.

Although conceptually aligned with part one of the trilogy, "Triade II: Hemera" further-advances the AARA sound into realms of progressive extremity: defined once again by the beauteous lead melodies of composer/guitarist Berg, the record combines a raw violent undertow with subtle rhythmic shifts, left-field riffs/refrains and sublimated vocal savagery - interweaving Christian choirs, the Jewish shofar horn and traditional Indian vocal samples into yet another outstanding offering from an unstoppable young band overflowing with ideas and confidence.


The artwork is by Swiss artist Michael Handt, who also provided the art for the band's 2020 release, "En Ergô Einai": 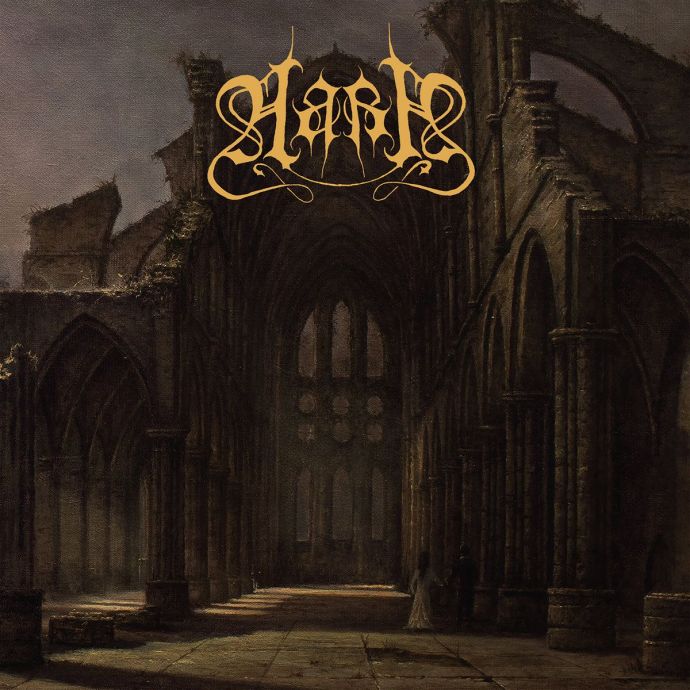 The new album is available for pre-order in a variety of digipack CD and vinyl LP formats via the Debemur Morti stores or alternatively from the Aara Bandcamp page directly:

No comments yet.
Leave a comment
for 'New Aara song available for listening'

Leave a comment
for 'New Aara song available for listening'